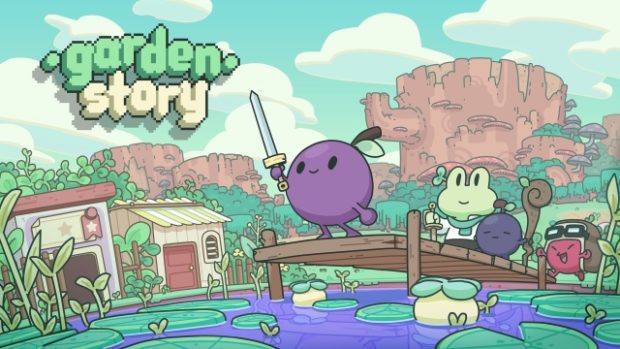 Yet Conrad, the game’s walking, talking, smiling grape hero, does not have time to collect seeds or start repairing houses.

It is late already, so they are immediately ushered into bed, getting a good night’s sleep before the next day’s exploration and adventuring.

Despite initial similarities to village and farming simulations like “Harvest Moon”, “Animal Crossing” and “Stardew Valley”, the playable Autumn Town vignette shows that “Garden Story” takes at least as much inspiration from Nintendo’s iconic “Legend of Zelda” franchise.

Though Conrad’s supposed to be refurbishing the place, village containers can be smashed up to reveal currency as well as raw materials, as in a “Zelda” game.

Those scavenged items can be sold direct to a merchant, the money used for upgrades to a dual-purpose toolkit armory, or donated to the local bookkeeper, who writes farming and building guides for the local community as their own understanding deepens.

So keep those public containers intact, or break them into little pieces — the other villagers do not seem to mind right now, even if the “Garden Story” context makes you feel you should.

As well as delving into the island’s past and fighting the rot’s corruption, developer Picogram says that the full game will see Conrad fulfilling islanders’ requests and making friends, caring for garden plots, filling a scrapbook of memories and creating a library of island lore.

“Garden Story” Autumn Town demo is currently available until Dec. 21 through Steam. A full release has been announced for Mac and PC in spring 2020. Perhaps, after that, “Garden Story” might see its way to consoles too. RGA/JB

New ‘Legend of Zelda’: Nintendo sticking with ‘Breath of the Wild’ partner

Legend of Zelda: Breath of the Wild’s map, inspired by Kyoto