Tragedy strikes: While training in US, Marcial learns of brother’s death 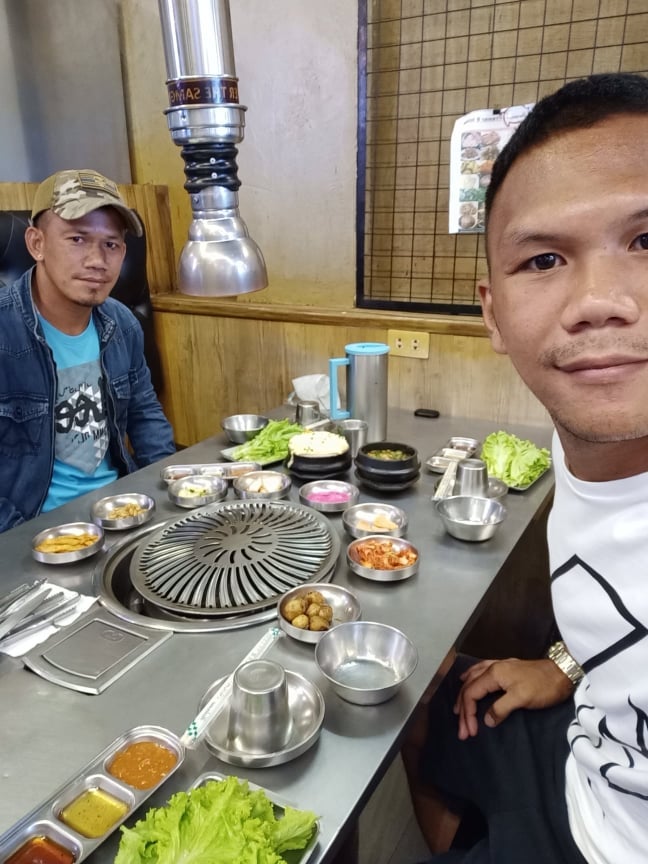 Eumir Marcial with his brother Eliver, who passed away on Friday. CONTRIBUTED PHOTO

MANILA, Philippines—Eumir Marcial was all upbeat about the start of his preparations for his bold two-pronged plan.

And then tragedy struck.

Just days into his Olympic preparations in Los Angeles, Marcial learned that his eldest brother, Eliver, died early Saturday morning, just before he was to fly back home to Zamboanga to be with his wife and kids. He was 39.

“He was so happy when I spoke to him just this Friday,” a sobbing Marcial said. “Our parents and his wife and kids were so excited that he was going home.”

The death further spurred Marcial, who said he will dedicate all his efforts to win an Olympic gold and be a world champion to his brother. “We were very close, us siblings,” he said.

Eliver was stranded in Eumir’s residence in Cavite when the country implemented the Luzon-wide lockdown in March due to the COVID-19 pandemic. It would have been his first time to fly back home since then.

MP Promotions president Sean Gibbons offered to arrange a flight for Marcial to fly back to the Philippines, but the country’s golden hope in the Tokyo Olympics next year declined, deciding instead to remain in the US and push harder with his training under Hall of Fame trainer Freddie Roach at the famous Wild Card Gym.

“My brother, my parents, my other siblings; ever since I was young, we always talked about winning the Olympic gold. My brother even spoke with Princess (Galarpe, Eumir’s fiancée) last night and he was telling her that he was hopeful I would win the Olympic gold,” said Marcial, the youngest of five siblings.

“I decided to stay here because there’s nothing else I can do even if I went back to the Philippines,” he added. “This is what he would have wanted anyway, that I will be ready for the Olympics.”

Galarpe, together with Marcial’s cousin Anthony, rushed Eliver to the Ospital ng Imus minutes after he vomited and experienced difficulty in breathing early Saturday.

“We had a small get-together last night because he was already going home,” Galarpe said. “He already packed up his stuff, including the toys he was going to give to his children. And then it happened. We rushed him to the hospital but the doctors declared him dead on arrival.”

The cause of death was still undetermined as of Saturday morning. His remains will lie at Marcial’s residence in Cavite before being flown to Zamboanga.

The incident ruined what had been a string of good fortune for Marcial. After finally flying to the US to train and meeting Roach at Wild Card, the boxer was assured by the Philippine Sports Commission (PSC) of its full support.

Marcial, who will turn 25 on Oct. 29, got the assurance from PSC Chairman William “Butch” Ramirez last Friday morning, Manila time.

The Association of Boxing Alliances in the Philippines (Abap) had already completed the requirements for the release of Marcial’s incentive for winning the gold in the Asian Olympic qualifier held last March in Amman, Jordan.

Marcial signed a promotional deal with Manny Pacquiao’s MP Promotions last July but is still eligible to campaign in the Olympics as the quadrennial meet has opened its doors to professional boxers since the 2016 Rio Olympic Games.