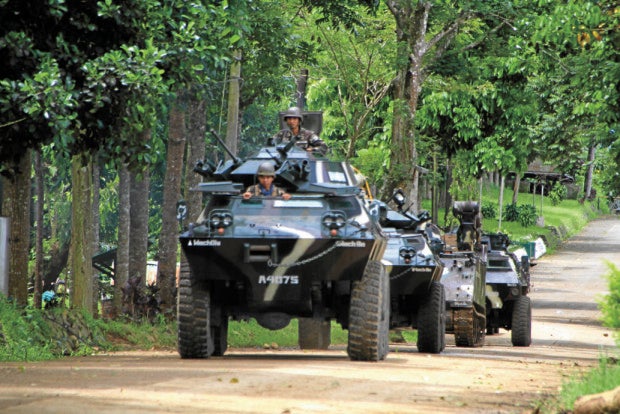 The Philippine Center for Islam and Democracy (PCID) on Thursday urged President Rodrigo Duterte not to aggravate the already dire situation in terror-sieged Marawi City by declaring martial law.

In a statement, the group, which describes itself a non-partisan, non-profit organization dedicated to studying Islamic and democratic political thought, said: “The Philippine Center for Islam and Democracy strongly condemns the violent attacks perpetrated by lawless elements in the Islamic city of Marawi and Lanao del Sur, made more heinous as it occurred as the Muslim faithful are preparing for the holy month of Ramadhan. Any act inciting to terror in the hearts of defenseless civilians, the destruction of places of worship and properties, the murder of innocent men, women, and children irrespective of one’s faith are all forbidden and detestable acts according to Islam.”

The PCID quoted the Qur’an as saying that violence and terror as “invalid means of attaining societal changes,” which could not be justified through faith or religion.

“We urge the Philippine Government to ensure that the declaration of Martial Law will not, in any way, compromise the lives of our people and the principles of democracy that we hold dear,” the PCID added.

It said the conflict in Marawi could only be resolved “through tempered and calibrated responses that will prevent further casualties and damage to property and livelihoods.”

The PCID urged the public to be informed of the facts surrounding the conflict and Duterte’s declaration of martial law.

It also also urged the media to be cautious in reporting to prevent painting a picture of a “binary conflict” between Christians and Muslims.

“We should focus on uniting and working together for just peace and human rights, instead of holding unfair and preemptory judgments that can only lead to a perilous cycle of fear, ignorance, and worse, more violence,” the PCID said.

It urged the national government to go back to the roots of the armed conflict – by “improving the socio-economic and political conditions of our people, and the delivery of basic services long denied in the Bangsamoro.”

“More than ever, preventing violent extremism is needed, so we are urging all sectors to immediately address the worsening issue at its roots,” the PCID said.

“As the Muslim ummah enters Ramadhan, we can only pray for wisdom, peace, and understanding,” it added.

Duterte declared martial law and suspended the privilege of the writ of habeas corpus in Mindanao following the attack of the Maute Group in Marawi, where buildings were burned, people hostaged, and flags of the Islamic State hoisted.

Duterte warned that he had issued a shoot-to-kill order to the military and that warrantless arrests could be carried out in Mindanao following his declaration.

He also warned that his martial law there would be no different and as harsh as that declared by the dictator Ferdinand Marcos.

He said he was considering imposing martial law nationwide if terror groups inspired by the Islamic State would gain a foothold in Luzon and the Visayas. /atm