Lascañas allegations may be ground for Duterte impeachment but… 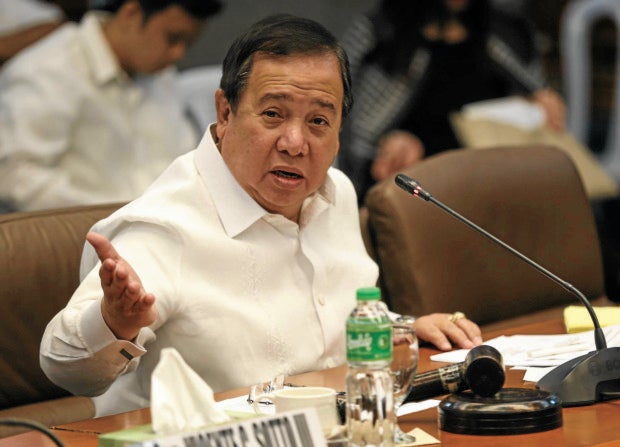 It would be betrayal of public trust, a ground for impeachment, if the allegations were indeed true that President Rodrigo Duterte had ordered the killings of criminals in Davao City when he was still its mayor, Senator Richard Gordon said on Monday.

Gordon, who is part of the Senate majority bloc, said Duterte’s accusers could bring the issue before either the Office of the Ombudsman or the House of Representatives.

The senator was reacting to SPO3 Arthur Lascañas allegations that the so-called Davao Death Squad (DDS) existed and that then Mayor Duterte had ordered them to kill criminals in Davao City.

This was contrary to Lascañas’ earlier testimony before the Senate committee on justice and human rights chaired by Gordon when he first denied the existence of DDS.

He said the issue could still be used in an impeachment case against the President even if the alleged offenses were committed when he was still mayor.

“(Yes, because) it goes into character e. It goes into betrayal of public trust,” he said.

But Gordon doubts whether an impeachment case against Duterte would succeed in the House since he said it has always been dominated by administration allies.

(I don’t think so because they control the lower house. That has always been the problem when you file an impeachment case.)