2 broadcasters got checks from Nabcor By Nancy C. Carvajal 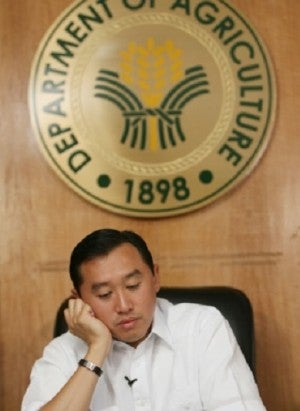 Erwin Tulfo, a television news anchor, and Carmelo del Prado Magdurulang, a radio talk show host, were allegedly among the beneficiaries of the diversion of congressional allocations from the Priority Development Assistance Fund (PDAF) coursed through state-owned National Agribusiness Corp. (Nabcor) and subsequently to ghost projects of bogus foundations, according to checks and accompanying documents made available to the Inquirer.

The checks were described in the accompanying vouchers as “advertising expenses,” according to documents submitted to the Office of the Ombudsman and made available to the Inquirer.

Mendoza and Cacal have sent documents to the Office of the Ombudsman purporting to show that Senators Juan Ponce Enrile, Jinggoy Estrada, Ramon Revilla Jr. and Edgardo Angara and 79 representatives coursed a total of P1.7 billion in PDAF allocations through Nabcor, which then channeled the monies to dubious nongovernment organizations (NGOs), during the period 2007 to 2009.

The lawmakers have denied the charges.

The Ombudsman is investigating 38 people, including Enrile, Estrada and Revilla, in connection with a complaint involving the alleged diversion of P10 billion in PDAF allotments to phantom projects and kickbacks.

Mendoza also told the Inquirer that another prominent TV and radio personality received P2 million from Nabcor president Alan Javellana on the instruction of then Agriculture Secretary Arthur Yap “as payoff to stop criticisms of a Nabcor project.”

“Nabcor shoulders the under-the-table expenses of DA (Department of Agriculture) on the instructions of Secretary Yap,” Cacal said.

Mendoza, Cacal and Javellana are among the 38 people under investigation in connection with the P10-billion PDAF scam. Mendoza and Cacal have applied to become state witnesses.

Cacal said that a DA project to build a total of 708 kilometers of farm-to-market roads and 200 units of market-related infrastructure was the subject of the supposed “advertisement.”

Tulfo and Magdurulang are known as hard-hitting broadcast personalities whose shows cater to assisting aggrieved listeners.

Contacted by the Inquirer, Tulfo denied he received money from Nabcor and said he did not enter into any transaction with Javellana.

“Somebody could be using my name, I want to investigate who cashed the check and what bank,” Tulfo said in a telephone interview.

Magdurulang, who uses Melo del Prado as his name in his broadcasts, said when reached by phone, “Strict masyado ang GMA diyan. Ayokong magsalita (GMA is strict. I don’t want to talk).”  Then the phone went dead.

“Except for a voucher that justified the processing of the payments, no other documents passed our desk to justify the expenses for media men,” Cacal told Inquirer.

Apart from the broadcasters, Nabcor also hired the services of such media outfits as MEDIAaffairs Inc. and Full Circle communications for the food terminal project of DA, Mendoza said.

Mendoza said that an estimated P5 billion worth of projects came from the DA’s attached agencies, such as the Agricultural Credit Policy Council, Bureau of Soil and Water Management, and the Bureau of Posts Harvest Research and Extension.