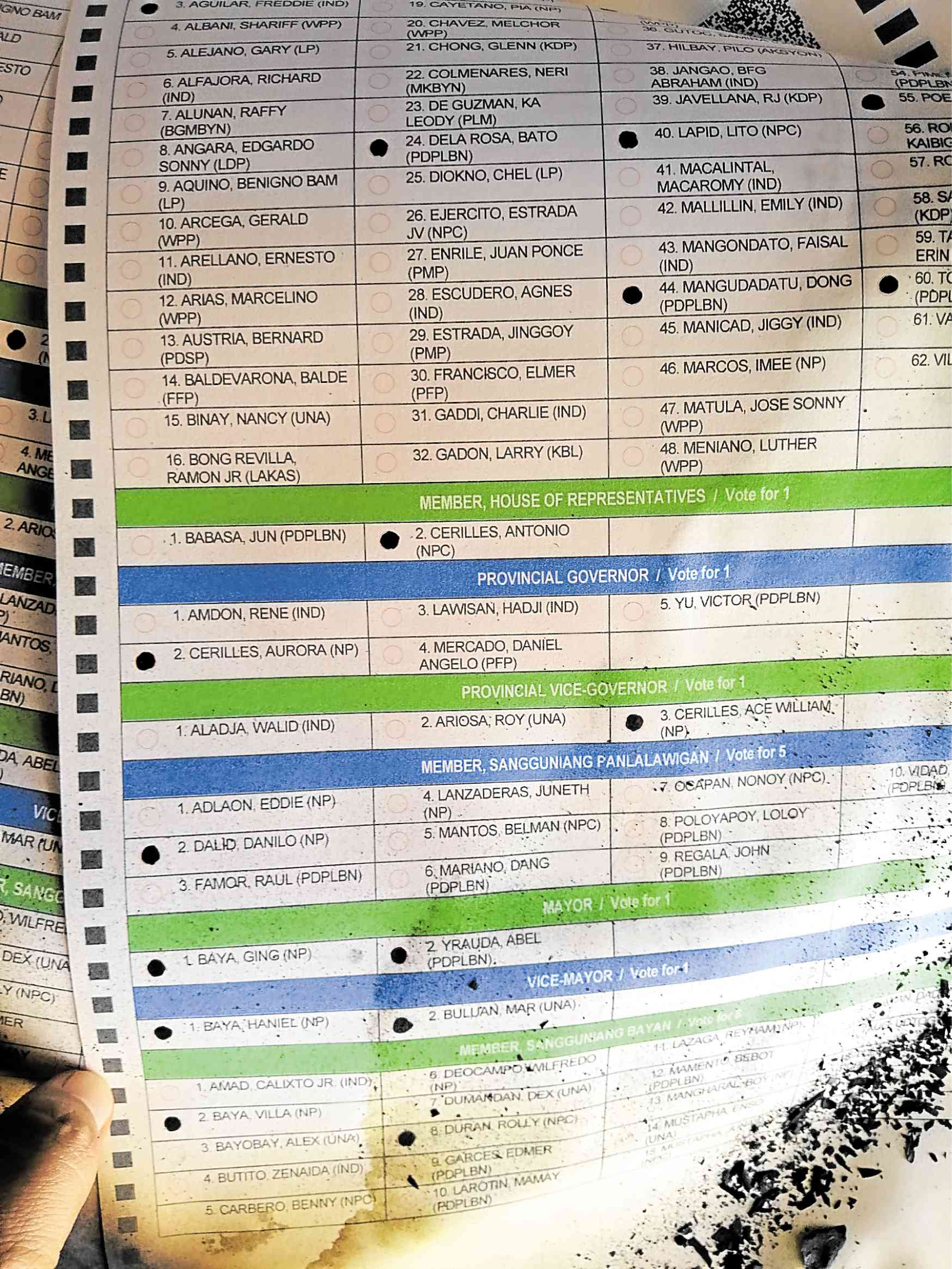 PAGADIAN CITY, Zamboanga del Sur, Philippines — Authorities are looking into the possibility that the burning on Thursday of the building that housed the Regional Trial Court Branch 29 in San Miguel town, Zamboanga del Sur province, could be connected to the ongoing poll protests involving various elective seats in several towns.

The fire happened less than a month after military troops deployed to secure the court were pulled out.

Capt. Roger Bartiana, San Miguel police chief, said the portion of the court where ballot bins were placed was heavily hit by the hourlong fire that broke out at 1 a.m.

According to Bartiana, five armed men on two motrocycles arrived at the court compound shortly before 1 a.m. At gunpoint, the court’s two security guards were herded to a nearby government building, their hands tied with duct tape.

The men broke the court building’s windows, poured gasoline on the ballot bins and set these on fire. Flames quickly engulfed the building.

“We are still investigating the incident and checking on all closed-circuit television cameras installed along the road where the suspects could have possibly passed,” he said.

The San Miguel court is handling several electoral protest cases, one of which involved the mayoralty of Dimataling town.

Presiding Judge Ruben Bance said the cases could be one of the motives behind the incident. He said six of 11 poll cases filed in his court had already been resolved.

On the Dimataling case, the court was already doing revision of ballots, including their photocopying, and the voter-verifiable paper audit trail, Bance said, adding that the counting could have resumed last week if not for the incident.

For the other cases, Bance said they would have the records reconstituted with the help of the prosecutors, the Public Attorney’s Office and the lawyers of the involved parties.

Former Dimataling Mayor Maria Dolores Baya said they never expected that “there were people who did not give due respect to the judicial process” and resorted to the burning of evidence.

Baya has contested the victory of Mayor Avelino Yrauda who won over her by 231 votes. She said Yrauda’s margin was questionable because the ballots cast in six villages were more than the number of registered voters.

She also questioned the pullout of militiamen assigned to secure the court while the protests were ongoing.

Lt. Col. Marlowe Patria, commander of the Army’s 53rd Infantry Battalion, said the militiamen were pulled out on the request of Bance, who cited the commitment of the San Miguel government to provide security to the court.