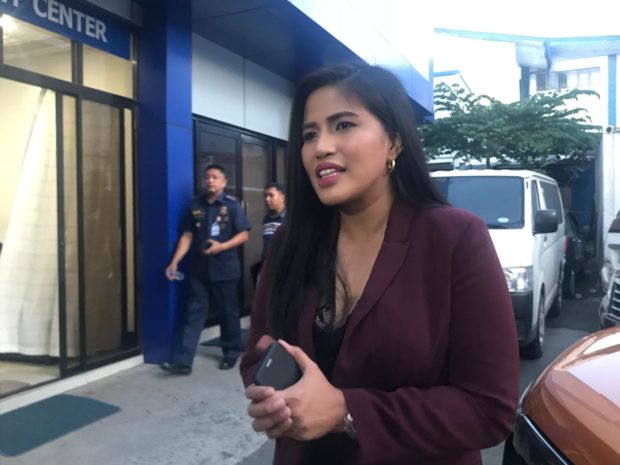 Barurot News released a statement on its Twitter page regarding the issue after being accused of “malicious and fake” posts.

The statement clarified for readers unaware of the page’s satirical content that Gairanod is not a real Chief Justice — she is a child singer who won the first season of “The Voice Kids Philippines.”

The social media page, posing as Gairanod as chief justice, clarified that based on the page’s display photo, bionote and banner picture, Barurot News is “D’Original Fake News” or a satirical account.

It stressed that it merely airs opinions on different issues through tweets made in a manner similar to those of news outlets.

Pialago had shown that she is ignorant of the hardships of jeepney drivers and commuters, the statement claimed. It was supposedly this act of being naive to the daily trials of the said sectors that prompted Barurot News to show its followers how out of touch Pialago’s comments were through a satirical tweet.

It clarified that the page did not single out Pialago, pointing out that the Twitter account posts its comments on government officials, whether from the administration or the opposition.

Barurot News has no fault, it said, noting that Pialago and other government officials are the reason behind the people’s loss of confidence in them.

In defense of satire, it cited a previous case between the Diocese of Bacolod and COMELEC, where the Supreme Court said satire is protected speech. In line with this, it said that what Pialago intends to do through her complaint is a grave offense against free speech.

Pialago claims ‘fake news’ against her

The MMDA spokesperson said her move was due to posts from the social media pages which claimed that the MMDA told commuters who could not find a ride to skip work.

“We never said this, I never said this, even mga opisyal natin, walang nagsabi nito. (Even our MMDA officials did not say this.) This is technically and obviously a fake news (sic), false statement,” Pialago said earlier today.

The satirical news post came after Pialago called a transport strike on Sept. 30 “unsuccessful,” after classes and work were suspended on that day. The spokesperson’s statement was slammed by many, with militant group Anakbayan stating that it lacked “empathy.” NVG/JB