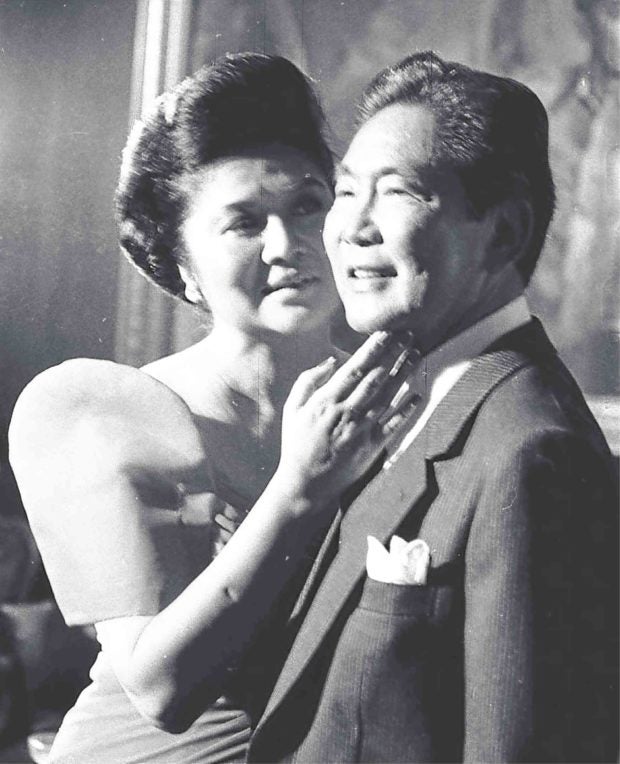 HIDDEN WEALTH The antigraft court has ruled anew that the late strongman Ferdinand Marcos and his wife Imelda, and the Tantocos, their purported dummies, are not liable for billions of pesos in an alleged ill-gotten wealth case filed by the Presidential Commission on Good Government. —INQUIRER FILE PHOTO

MANILA, Philippines — The Sandiganbayan Second Division has rejected a government effort to recover more than P1 billion worth of art, property and investments from the family and associates of the late dictator Ferdinand Marcos, saying the state failed to prove its case.

In a ruling dated Sept. 25 but released only on Tuesday, the antigraft court said Marcos and his wife, Imelda, as well as Rustan’s Commercial Corp. founders Bienvenido Tantoco Sr. and Gliceria Tantoco, are not liable for P1.052 billion in alleged ill-gotten wealth.

The Presidential Commission on Good Government (PCGG) brought the case in March 1988, alleging that the Tantocos and Dominador Santiago, the former chair of Tourist Duty Free Shops Inc., acted as dummies for the Marcoses in unlawfully acquiring stakes in businesses, expensive art works, jewelry and real estate, including properties abroad.

But the court ruled that the government “failed to prove by preponderance of evidence” that the defendants by themselves, or in conspiracy with the Marcoses, obtained ill-gotten wealth.

The PCGG declined to comment, saying it had not seen the decision.

But Malacañang said the government would appeal the ruling.

Presidential spokesperson Salvador Panelo gave assurance that the closeness of Solicitor General Jose Calida to the Marcos family would not affect the government’s decision to appeal the decision.

“The solicitor general will always base his decision on the … law and the evidence on hand,” Panelo said.

Critics have accused Calida of being a Marcos loyalist and supporting an alliance that backed the failed vice-presidential bid of Ferdinand “Bongbong” Marcos Jr. in 2016.

Panelo, however, said the government would “always” run after ill-gotten wealth.

The government had also sought the forfeiture of motor vehicles, cash in hand and in bank, notes, loans and three Cessna aircraft.

But according to the court, the government failed to present enough evidence to show that the wealth was ill-gotten.

During the trial, the PCGG presented only four witnesses, after which the court, in an October 2006 order, waived further presentation of evidence, citing the “unjustified nonappearance of government lawyers.”

The court also rejected other pieces of evidence because the PCGG failed to present them in the discovery proceedings, despite directives from the Sandiganbayan and the Supreme Court.

Other documentary evidence offered were rejected for being “mere photocopies.”

It was the second civil case against the Marcoses and their associates that the Sandiganbayan dismissed this year.

In August, the Second Division also dismissed a P102-billion forfeiture case against the Marcoses and their associate Roberto Benedicto.

The court threw out the case also for lack of evidence.

Selda, a group of victims of human rights abuses during Marcos’ martial-law rule, condemned the Marcoses’ latest victory in court, saying the government appeared to have purposely failed to present original documents during the trial.

“No doubt this is part of the machinations of the Duterte administration and Solicitor General Jose Calida, who used to be a Marcos boy. They are trying to rehabilitate the Marcoses,” said Danilo de la Fuente, chair of Selda.

“This is the only case I know of [where] the evidence presented [were] not original documents,” he added.

The Marcoses enjoy good relations with President Duterte, whose 2016 campaign they reportedly bankrolled.

Just months after he was sworn into office in June 2016, Mr. Duterte allowed the embalmed body of the dictator to be buried at Libingan ng mga Bayani.

During 20 years of dictatorship, Marcos, his family and cronies amassed an estimated $10 billion in wealth, according to the PCGG.

After Marcos died in exile three years after he was overthrown, his widow faced hundreds of cases to recover assets believed to have been stashed abroad and in the Philippines.

The government won a victory in 2018 when the Sandiganbayan sentenced Imelda Marcos to 11 years in prison for making illegal bank transfers worth $200 million to Swiss foundations while governor of Metropolitan Manila in the 1970s.

She is out on bail pending her appeal.

Imelda Marcos had served several terms in the House of Representatives, while her daughter Imee is a senator.

Her son Bongbong also served in the Senate and lost the 2016 vice-presidential election to Leni Robredo, widow of a popular home affairs official in the administration of President Benigno Aquino III.