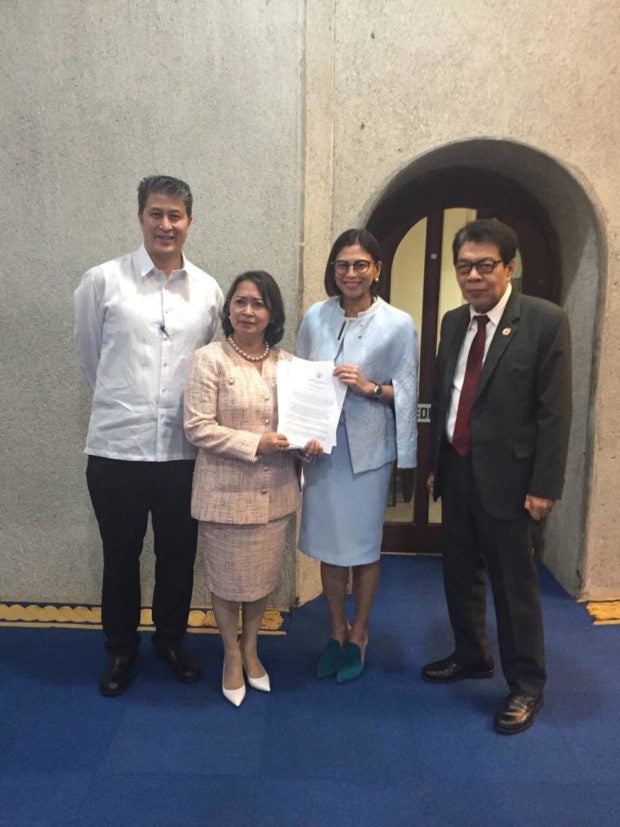 MANILA, Philippines — Liberal Party (LP) lawmakers at the House of Representatives have pushed for a direct emergency cash assistance to farmers reportedly adversely affected by the implementation of the Rice Tariffication Law.

The LP legislators filed Wednesday a joint resolution authorizing the use of the P13 billion unappropriated Rice Competitiveness Enhancement Fund (RCEF) and tariffs collected under the new law that liberalized the importation of rice in the country.

“We have to immediately switch gears now that it is evident that the RCEF, as it is, is not enough to cushion the effects of the Rice Tariffication Law. What our farmers need is immediate cash assistance, not loans that will only add burden to the smallholder farmers,” Marikina 2nd District Rep. Stella Quimbo said in a statement.

It was bared in a previous Senate hearing that some P4 billion of the RCEF is still available for release while another P9.19 billion has been collected by the Bureau of Customs as tariff revenues from rice importation. Quimbo said this P13 billion fund could be tapped as immediate cash aid to farmers.

Pangilinan, who is also president of LP, likewise called for an investigation on the effects of the Rice Tariffication Law last August 13, after rice farmers reported that farm-gate palay prices dropped to as low as P7 per kilo.

As a response, the Department of Agriculture had launched an interest-free P15,000 loan to farmers tilling one hectare and below. But the LP lawmakers pointed out that this would help only 100,000 of the 2.11 million affected rice farmers nationwide.

“There is no point to interventions that will benefit only a small portion of those affected. We need something direct, immediate, and large-scale,” Occidental Mindoro Rep. Josephine Ramirez-Sato said.

A joint resolution requires the approval of both chambers of Congress and, once signed by the President, becomes a law. It is most commonly used for emergency appropriations.

Republic Act No. 11203 signed February this year replaces quantitative restrictions on imported rice with tariffs or taxes. The law has been blamed for the influx of imported rice in the country that triggers local rice prices to plummet. Both the Senate and House have launched inquiries into this issue. /kga