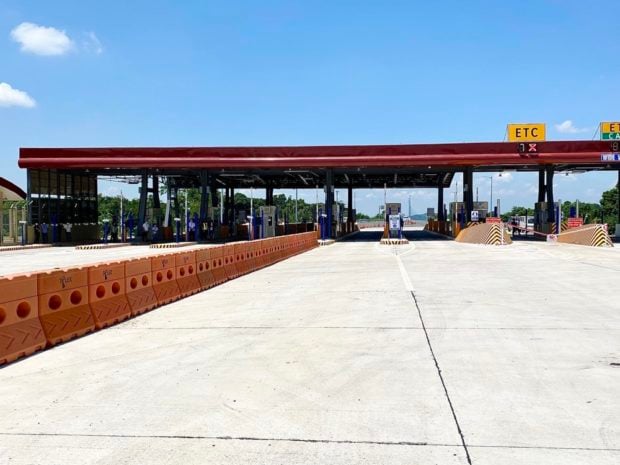 San Miguel Corporation (SMC) and the Department of Public Works and Highways (DPWH) formally opened the final section of the 89.21-km Tarlac Pangasinan La Union Expressway (TPLEX), completing the four-lane toll road project that will hasten travel to and from Northern Luzon provinces, and help significantly boost economic activity in the region, amidst the COVID-19 pandemic. Here’s the news from SMC:

“In the face of a global pandemic that has also greatly affected our economy and the livelihoods of many Filipinos, we at San Miguel Corporation remain committed to continuing our investments in growth-generating and job-creating projects that will help build the resilience of our people,” said Ramon S. Ang, president of SMC, parent company of SMC Infrastructure which built and operates the TPLEX.

“Because of the political will of President Rodrigo Duterte, the hard work and follow-through of DPWH secretary Mark Villar, and of the support of government’s entire economic team, we were able to complete this major project that will benefit so many regions in Luzon,” Ang added.

Ang said that the completion of TPLEX, along with its commitment to continue investments on major infrastructure projects, are SMC’s contribution to the efforts of the government’s economic team, led by Secretary Dominguez, to boost the economy.

“The economy ground to a halt because of the pandemic, and among the most affected were our farmers as well as small businesses such as restaurants, hotels, stores, that also rely on tourism. By not scaling back on investments in infrastructure, we will be able to create more jobs, keep the flow of goods and services moving, and pave the way for more local tourism for the long-term,” he added. 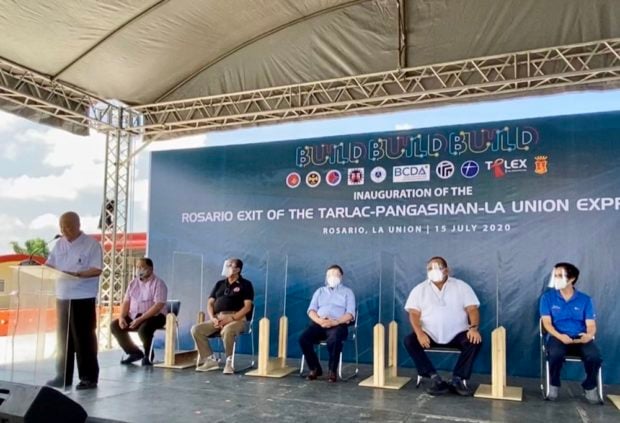 Meanwhile, Villar also thanked SMC for delivering on its commitment to complete the TPLEX and said the expressway would be vital to bringing tourism and trade back to Central and Northern Luzon.

“We may be opening this last section of the TPLEX during a time of national crisis, but this symbolizes our hope for a better future ahead. This engineering marvel showcases the capability and talent of Filipinos, and demonstrates how we can all work together to achieve something great for the common good,” Villar said.

“Our recovery as a nation cannot wait. We have to start now, and I would like to assure the public that President Duterte, along with the entire Build Build Build team, continue to work with utmost urgency on these projects, which I hope will form the foundation of a new phase of growth for our country,” Villar added.

In total, the TPLEX now has ten interchanges and 11 toll plazas, namely: Tarlac City, Victoria, Pura, Ramos, Anao, in Tarlac; Carmen, Urdaneta, Binalonan, Pozorrubio, Sison in Pangasinan, and Rosario, La Union. The Sison, Pangasinan exit was added to the original alignment to help locals, and is currently being completed.

Earlier, SMC also received original proponent status for its proposal to extend the TPLEX from Rosario, La Union to San Juan, La Union, whose beaches have become a hot spot for local tourism. The proposed four-lane extension project will cover some 59 kilometers.

“Our next goal now is to extend TPLEX all the way to San Juan. We look forward to the continued support of our national and local governments for this project, which will bring even more growth to the region,” Ang said.

Since the COVID-19 pandemic struck in March, SMC, under Ang, has been at the forefront of private sector efforts to help mitigate the crisis’ impact on the public and the medical sector.

It has spent over P13 billion on various efforts to help boost government response, provide life-saving medical equipment and supplies to front liners, and donate food and disinfectant alcohol to disadvantaged communities.

Ang said that contributions towards the recovery of the economy, which include initiatives to boost public health capacity and workplace health safety; support the agriculture sector and boost infrastructure, are among SMC’s priorities in the coming months.

Aside from the Pozzurubio-Rosario TPLEX section, the completion of a new unit of Masinloc Power Plant, Skyway 3, Skyway Extension, Skyway 4, and MRT-7 are also in the pipeline.

SMC has also said it is pushing through with its plan to build the P735-billion Manila International Airport (MIA) project in Bulakan, Bulacan.

The massive development is expected to solve perennial congestion problems at the NAIA, increase the country’s competitiveness as a tourist and investment destination, and produce over a million direct and indirect jobs throughout Bulacan, neighboring Luzon provinces, and nationwide.

SMC has also committed to complete its ongoing capacity expansion program for its food and beverage businesses, which will further create more jobs in various regions nationwide.