Dr. Raquel Del Rosario-Fortun has been the most wanted woman in the Philippines—for the past couple of weeks, at least. Not because she committed a crime, no, but because of her forensic expertise.

When it became clear that the police were bungling the investigation of flight attendant Christine Dacera’s death (Declaring a rape-slay before actually having evidence? Announcing the case solved prematurely? And, Christ Almighty, embalming the body before the autopsy?), many Filipinos had the same reaction: “Nasaan si Dr. Fortun?”

Fortun, a graduate of University of the Philippines and University of the East-Ramon Magsaysay Memorial Medical Center, has the distinction of being the first Filipina forensic pathologist and, sadly, one of only two forensic pathologists in the country. For a number of years now, hers has been a rare voice of reason and science, a presence that has been challenging a criminal justice system that is satisfied with mediocrity and often tolerates ineptitude and, to be completely blunt, bullshit.

And there was plenty of bullshit in the Dacera investigation. So people started to look for a person they know they can trust. The tweets flooded in.

“We need the expertise of Dr. Fortun.”

“Let Dr. Fortun do the autopsy.”

“Get help and seek out Dr. Raquel Fortun before it’s too late.”

Soon, she was in the thick of it, doing interview after interview (seven in one day!) with journalists who, for a change, wanted to hear from someone who knew what she was talking about. Fortun’s exasperation with the way the investigation was going was clear. One interview was so memorable, someone did a TikTok video of it, spawning our new favoritehashtag #ANONGSAMPOL.

We got to hear this exasperation firsthand when we interviewed Fortun late last year for the second season of the Inquirer true crime podcast Super Evil which focuses on the Maguindanao massacre. “Just like any other case in the Philippines, it’s so frustrating,” she told us.

In 2009, in the aftermath of the massacre, Fortun was asked by the Commission on Human Rights to join their fact-finding mission as their forensic expert to make sure there would be no whitewash.

The Maguindanao massacre wasn’t the first multiple-casualty incident she handled. “The very first mass disaster I was involved in in the Philippines was the Ozone disco fire of 1996.” 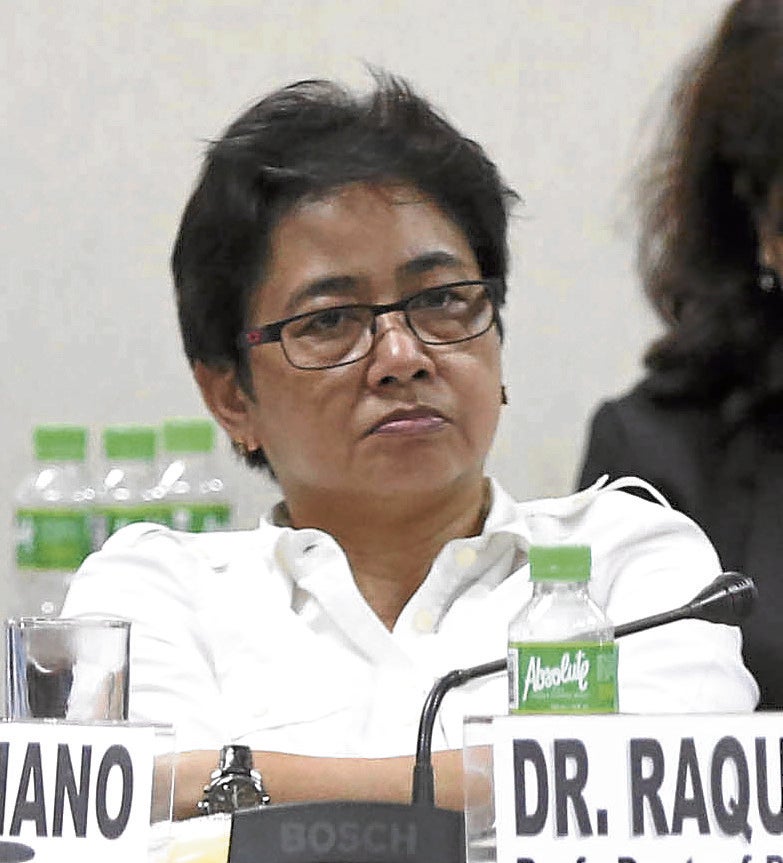 Dr. Fortun at a Senate inquiry in 2016—INQUIRER PHOTO

That fire killed 162 people and injured many others.

“Back then, authorities were not prepared. The scene was messed up. The bodies, the examination of the bodies wasn’t that detailed. Hanggang ngayon actually, ganyan pa rin tayo. Parang hindi tayo natututo pagdating sa investigations.”

She said that when she returned to the Philippines 25 years ago after training in Seattle, she was struck by how different our justice system’s standards were. “What’s very striking for me is paanong nakakaabot ng korte itong mga kasong to na ang hina-hina ng ebidensya? But then I realized, eh sanay na eh.”

Fortun said, “So kung mababaw ang prosecution sa Pilipinas, mababaw din ’yung defense, mababaw din ’yung judge. In other countries, before they file a case in court, plantsado lahat. If it’s a shooting incident, it’s a major weakness of the prosecution’s case if the weapon is not recovered. But in the Philippines, it’s the norm. Hindi bali na, walang panaksak. Walang baril. Hindi nakuha ’yung bala, hindi nakuha ’yung casing. It doesn’t matter. May witness naman eh. Iba eh, iba ’yung standards dito. I don’t know when, if ever, we can elevate the procedures we have right now, the standards.”

PumaPodcast’s Tricia Aquino and I spent an hour on the phone with Fortun, talking about her work on the Maguindanao case and about the Philippine criminal justice system. 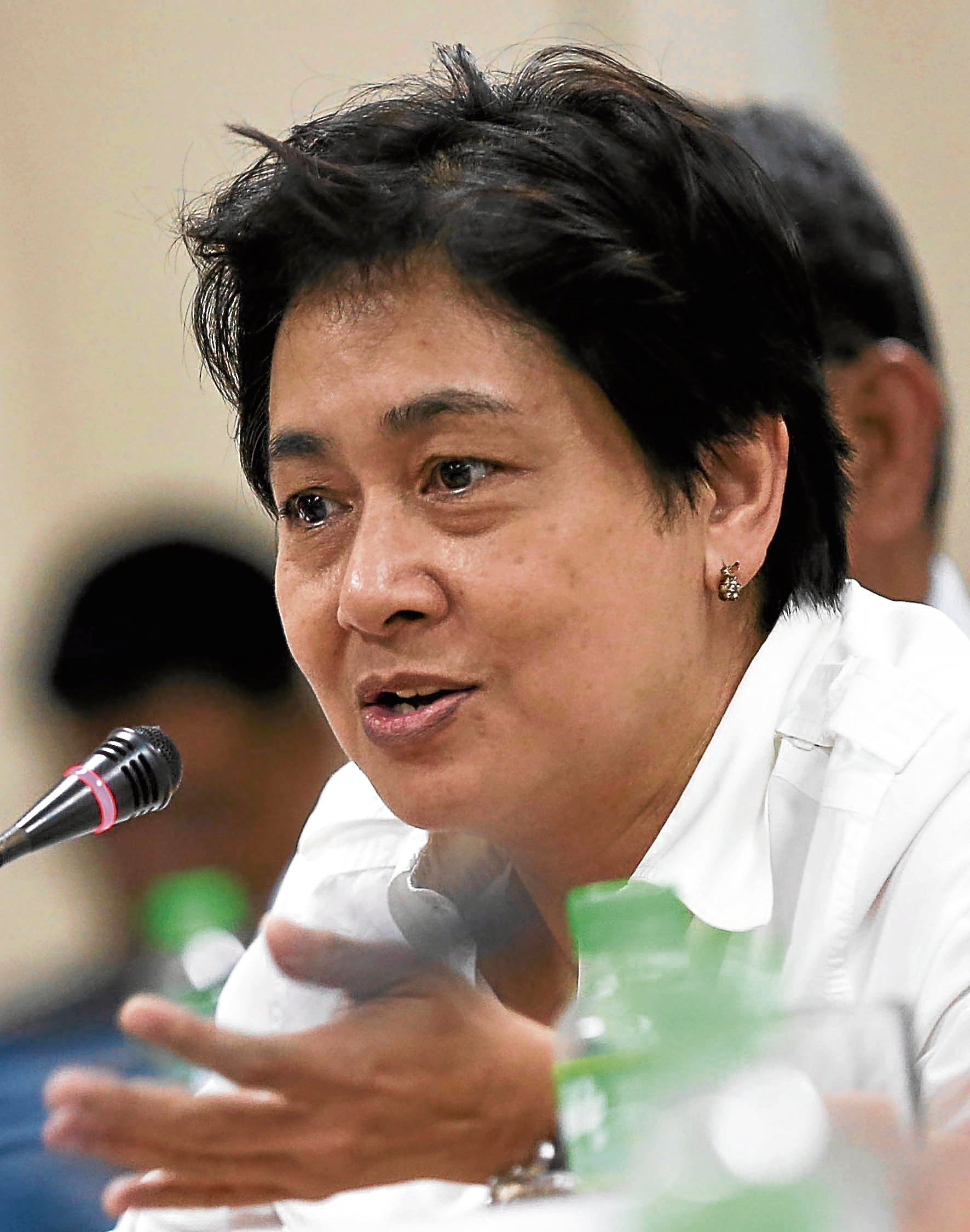 Are there really just two forensic pathologists in the country?

How come there are just two of you?

What does a forensic pathologist do when she arrives at the crime scene?

In an ideal scenario, forensic pathologists are called in when you have a dead body. Our concern, our focus, is that dead body or the dead bodies. Other people would be in charge of other evidence there. A forensic pathologist at the scene, would one, determine if the individual is already dead. That’s pronouncement. Patay na ba? Kase kung buhay ’yan, forget forensic science, forensic evidence. The priority is to save the life. You take that body out of there, bring to the hospital, administer emergency care, etc. Pero kung patay na ’yan, you have the luxury of time. You can plan. You document the location of the body. Where is it? What’s its position? What objects are around and so on because you’re going to reconstruct what happened, right? You get an assessment also of the injuries because that helps the investigators. What weapon are you going to look for? So kung gunshot wounds ’yan, baka may bala, baka may casing, baka ’yung baril nandiyan pa. You preserve the evidence as best as you can. In a first-world setting, any case of violence, you preserve the hands at the scene by putting them in paper bags. I’ve never seen that done in the Philippines. You do it because you want to preserve whatever material is in the hands and at the same time you don’t want this notion that the hands could have been contaminated from the scene to the morgue. Then you transport the body very carefully, you wrap it in a white sheet, a cloth sheet. You put in a body bag, make sure it’s tagged. If you’re dealing with lots of dead bodies, make sure your tagging is correct.

The victims of the Maguindanao massacre were brought to different funeral parlors and you said they should have been brought to one place instead for the autopsies.

In the Philippines, everybody depends on the funeral parlors when you have a dead body. Single dead body versus multiple casualties, everybody says, “Ah bahala na punerarya diyan.” So three different parlors, and all of these funeral parlors actually are not equipped for handling bodies as evidence. Even in Metro Manila, they are suitable for embalming. They are not the morgues, say, of a medical examiner office. In first-world countries, they have refrigerated vans on standby. You preserve the bodies, you store them using refrigeration. You delay decomposition. We don’t have that in the Philippines but it can be sourced. Time and again we get these mass disasters and we still don’t have a setup for it. You bring the bodies to three different funeral parlors, you lose control over them. These funeral parlors are not just ill-equipped, the morticians there don’t know how to handle these dead bodies. What about the evidence, the clothes, personal effects? Nobody really inventories them. Nobody controls them. So nawawala ’yan. Ganun. For Ozone disco fire, for the Maguindanao killings, the same thing happened.

What’s the difference between a proper autopsy and someone handling the body for embalming?

Kung embalsamador ka lang, mortician, you don’t know how important it is you know that you properly handle a body. The bagging of the hands. You want to test for gunshot residues. Then you swab the hands in the morgue. But in the Philippines, morticians simply wrap the body from the scene using whatever they have. Mga recycled na kung anu-ano. I don’t think they even have body bags. All of them. And then they bring them to the morgue, I have some pictures of the bodies on the floor of that funeral parlor. Just like in Ozone. Dadating ’yung medico-legal. Gagawan ng autopsy kuno. Tapos, saan mo ilalagay? Wala naman silang refrigerated room. So ang gagawin nyan, typically in the Philippines, would be embalm mo na lang. Para hindi mabulok or at least madelay. Embalming itself also produces artifacts but it has its advantages as well. Kesa naman sa mabulok. Tapos ’yung damit, naku. Itong very frustrating in the Philippines. Gunshot wounds ’yan. Binaril. Tumama ’yung bala, lumusot sa mga damit-damit. Ang damit hindi mo ’yan tinatapon. Kasama ’yan sa autopsy report actually. But in the Philippines, they’re just thrown away. And you don’t see them detailed in autopsy reports. In my case, that’s one of the things I ask, naitago ho ba ’yung damit? Minsan nahahabol nila. Minsan hindi. Pero importante ’yan when you’re reconstructing specially kung embalsamado na. Kasi may mga butas-butas ’yung embalmer na ginagawa. Sometimes the clothing actually helps me. Ah okay totoo ito, saksak ito, baril ito, bala na lumusot, etc.

How do we fare in comparison to other countries, like our Asean neighbors, in terms of forensics?

We’re actually doing very poorly. My general observation is we’re late in developments regarding forensic science. I don’t think we are even at par with our Asean neighbors. Nakakahiya tayo. Kasi mas organized ’yung kanilang mga police investigations. There is forensic science. We don’t really learn from from our cases. I kind of blame also our history. The fact that we were colonized by Spain for what, 300-plus years. They never left us a good system to begin with. And then we were under the US. But then the United States was a latecomer in terms of forensics. Some of the Asean neighbors we have used to be under British rule. Parang mas angat sila kasi ang Great Britain mas matagal na nagdedevelop nitong investigations. Ang US medyo ’60s lang umangat when it comes to forensic investigations. We were left on our own. Ang problema, locally naman parang resistant tayo na sumabay sa buong mundo. Parang happy na tayo sa ating—I’ve heard this word before—“traditional ways of investigating.” I’ve heard that before. That argument has been used against me before.

Why aren’t we growing in terms of development? Is it budget? Because some of the things you mentioned—like not throwing away clothes with bullet holes or securing hands with paper bags wouldn’t really cost a lot of money. Is it leadership? Why are things not changing?

Do you think there’s hope for us? What can we do?

I don’t know. I once went to Taiwan, I think. They were proud of their new forensic science institute. They were saying, for the first time they saw the need for a science-based investigation so the administration invested in this forensic science institute. So sabi ko, ba’t ganun kami? Kami, it had never taken off. And I remember he said, “Oh, just wait for a big case.” I think that’s what happened to them, there was a huge controversial case and napahiya daw ’yung mga imbestigador, ’yung pulis, etc., so ginawan nila ng paraan. But then naisip ko, eh hindi ba nakakailang big cases na tayo? Ilang controversial, ilang beses na tayong napapahiya but nothing happens. I don’t know. It’s the Filipino thing, “Ay pwede na ’yan.” Ganun ba ’yun?