Realm of The Mad God is an 8-bit MMORPG.

In March 2020, as the quarantine started, I found myself having an abundance of free time so I decided to start getting back into Realm of The Mad God.

Realm of the Mad God (RoTMG) is an 8-bit massive multiplayer online (MMO) bullet hell, permadeath role-playing game (RPG). The rough aim of the game is to raid dungeons and get progressively better loot and max all eight of your characters stats. Apart from this, there is no one objective to the game.

Discord servers for the game have been popular since 2017. Its most popular one features more than 50,000 members. These came to be known as raiding servers, where a select group of people would lead the group of up to 65 people through the dungeon by joining a voice channel.

Back after a lengthy two-year break from the game, I didn’t know what to expect. The only thing I was certain of was the fact that I wanted to get better loot and have nicer characters. This eventually led to me finding a raiding server which specialized in doing Fungal and Crystal Caverns. 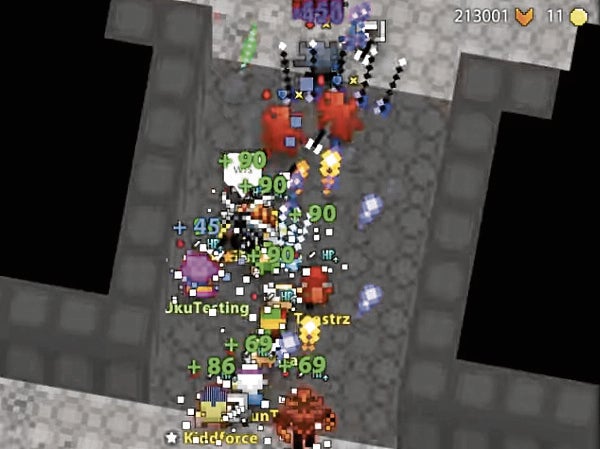 Raid leaders take you through runs.

I didn’t know it at the time but I would end up spending most of my summer being part of the RoTMG community. I started getting into runs and understanding how it was to listen to a raid leader (RL) throughout a run, wait for the next one, rinse and repeat. I had my fair share of deaths during this time period as I was still learning how to do Fungals (you have to clear 25 crystals to unlock a room where you fight a bunch of big worms).

Toward the end of the month, I would eventually start getting into Lost Halls as well. When one enters the Lost Halls there are two options: one, to go and do the Marble Defender which opens a door to fight the Marble Colossus, and then pop a Vial of Pure Darkness in order to enter the Void. Or two, clear out all of the flames from 1-5 pot rooms in order to unlock the Treasure room boss known as the Agonized Titan, defeat that and enter the Cultist hideout. After defeating the 5 Cultists, one random raider will be given the Vial of Pure Darkness.

I hadn’t met any friends through the server nor through the runs. At the end of March, I was given an application to become Security in a new and upcoming server that focused on Lost Halls. Security is in charge of enforcing requirements during the runs and in the Discord server.

I thought I had nothing to lose, so I gave it a shot. I passed the somewhat childish and very unprofessional application process and was given the Security role. I still had no idea what this meant and what to do, but as the server only had 60 members at the time, I was never worried about anything bad happening to it. 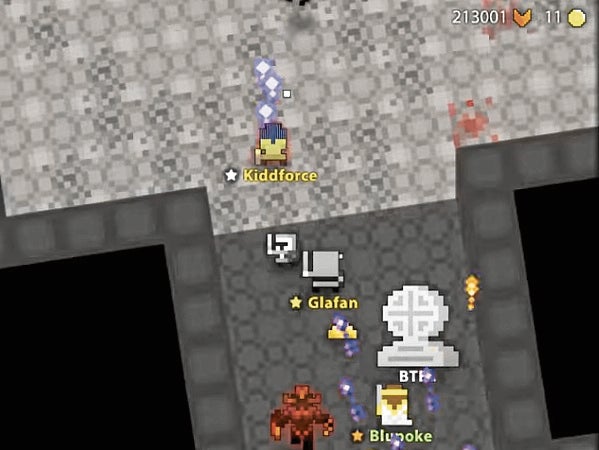 April saw the real start of my immersion in the community. For some reason, the game itself had an ongoing event for the type of dungeon we were running, Cults. The bonus loot and more EXP made more players gravitate toward servers in general. During this event, Pubhalls, a server with 50,000 members, saw 15 raiding channels open with 65 members each. Due to Pubhalls and every other server in the world being filled with players, this also gave the server I was in at the time traction since people still wanted to do Cults but they didn’t want to have to fight for a slot to get into a run in Pub.

In one day, I watched the member count go from 100 to 2,000. I am not exaggerating when I say this was insanity. At our peak, during the Cult event, we had five raiding channels open with 40 members each. We were used to getting 15 people in one raiding channel. Anything more than that and we were pleasantly surprised. The event lasted five days, and afterward there was a very noticeable drop in participation in runs. People went back to Pub since they were obviously the superior server with more members, staff and experience.

As we drew closer to May, the staff team and I realized that the server owner was an eight grader. There were no words to describe the amusement and utter disappointment and fear.

Even if the community wasn’t as big as Pub, we still built one and we expected to take it into the right direction. But the owner, who I only knew as Lolplaygt, was digging a fiery grave for it. As the staff felt more and more disdain for him and the tension continued to skyrocket, Lolplaygt just decided to delete the server one day. We had more than 3,000 members at the time and the kid deleted the server literally while I was asleep. This was not a fun thing to wake up to.

In the immediate aftermath, everyone still on the team decided that Cylla was the next best person to own the server. Everyone trusted him. As I worked my way up from just being a Security person all the way to becoming a Moderator, we talked more and more about our lives and he seemed like a very intelligent person. He was very rational and there was no doubt in my mind that if we were going to rebuild the server, it would be around him.

Everyone who was working on the project realized that we weren’t doing this for money or a sense of accomplishment but for the community of more than 3,000 members. It was at this point when I realized that I was immersed in the community and it was more than just some random video game Discord server. It meant something more to me than just games.

I had already spent enough time in the community to actually realize that I played a role in it. Random people I had never met were messaging me both in-game and on Discord, asking me questions and wanting to get to know me. There was just a click that went off in my head, telling me that even if I was unaware that I did care for this community, it actually mattered to me.

The months from May to July made me realize how unfulfilling it was to be an Admin of a Discord server. I was the Admin of a server with 5,000 members while also being a moderator in another with 11,000 members. It was taking up so much of my day. I was spending 18 hours just listening to people complain, make racist remarks and more.

While I was glad about the connections I made through the game and the server, this was when I started to feel burnt out. By the end of July, I was barely playing the game and was hardly active in the Discord at all. I was distancing myself more and more from the community. This eventually led to me stepping down from being Admin altogether.

I realized just how egregious and tiring it was to think about a community, do things for that community, and every other day get someone messaging you nasty things just because they’re upset and they want to take out their anger on some random Discord Admin. —CONTRIBUTED

The author is a 12th grade student at The Raya School.