For P500, you can book this QC garden for private dining

At Gubat, orders are placed via Viber for less face-to-face contact, and food is served on banana leavesBy Raoul J. Chee 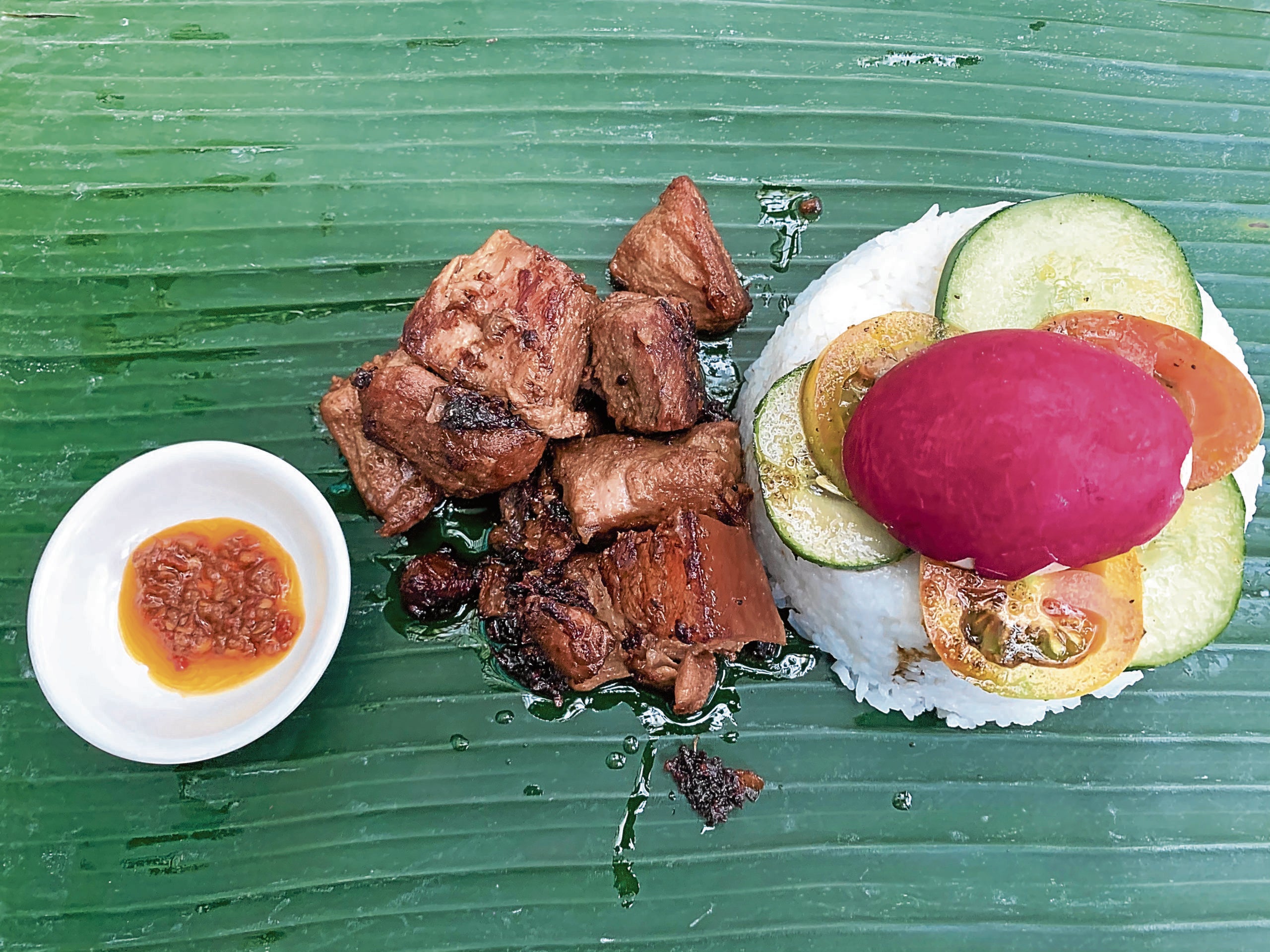 “Adobong baboy” with rice topped with sliced tomatoes, cucumbers and half a salted egg

“A garden party where we’d be the only guests present? We’re in!”

That was the reaction when I told several college friends about Gubat in Quezon City. Like everyone else, we had kept away from each other for nine months when lockdowns due to the pandemic were announced last March.

Birthday greetings were sent via text or video call, but nothing beats a shared meal with friends. We were able to do that last month at Gubat, which is located at the entrance of a narrow dirt road lined with gardens selling potted plants and bonsai.

We arrived by noon and spent a few minutes to admire the decadent, plant-filled space. The kitchen is situated in the middle of the property; around it is a small rock garden, a table for two, and one table for eight.

Orders are placed via Viber for less face-to-face contact, and the food is served on banana leaves. The menu is written on a chalkboard in the main dining area and consists of tapa, adobong baboy, lechon kawali, fried chicken, fried fish, tuyo or longganisa served with rice, sliced tomatoes and half a salted egg. The adobo was the hands-down favorite—it was tender and savory—but the lechon kawali came a close second. 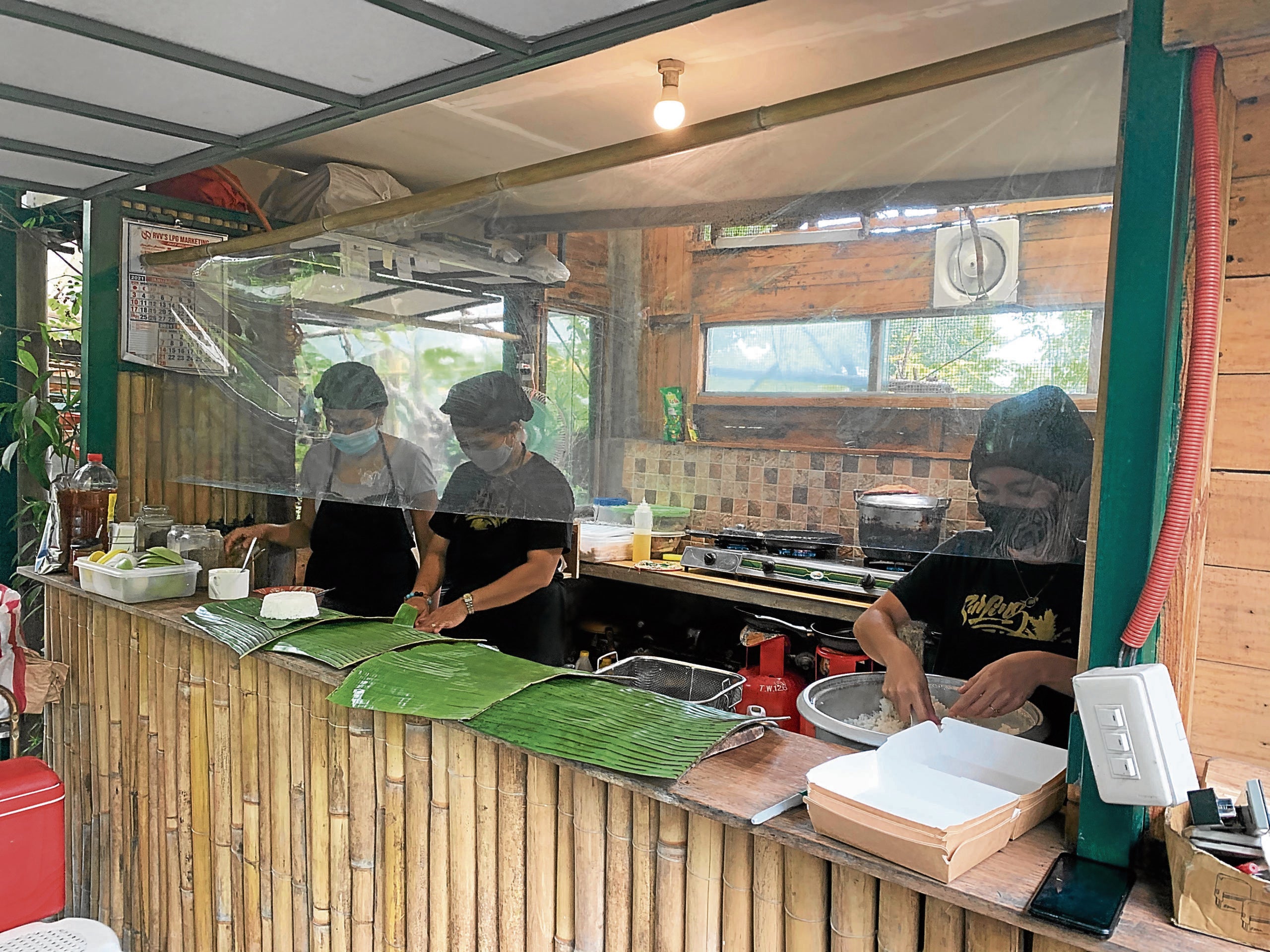 They also sell other dishes like a sausage platter, two types of pasta, and a delicious toasted burong kanin (fermented rice).

We were seated at the main dining area, basically four tables grouped together and bisected by a clear plastic sheet hanging from the ceiling. Electric fans mounted on wooden posts helped circulate the air.

Gubat prides itself in being environment-friendly, so aside from using banana leaves, they eschew disposable cutlery, so be prepared to dig in using your hands. I brought along my own utensils and my Klean Kanteen filled with cold water, something which you and your party might want to do as well.

I think that more than the food, however, it was being among friends that made the lunch a fun and memorable one.

Located on C.P. Garcia, Diliman, the tiny al fresco restaurant can accommodate a maximum of 14 diners at a time.

However, if they’re comfortable dining with other people around, they can just reserve a table. Gubat also offers their banana leaf-wrapped meals for pickup or delivery. 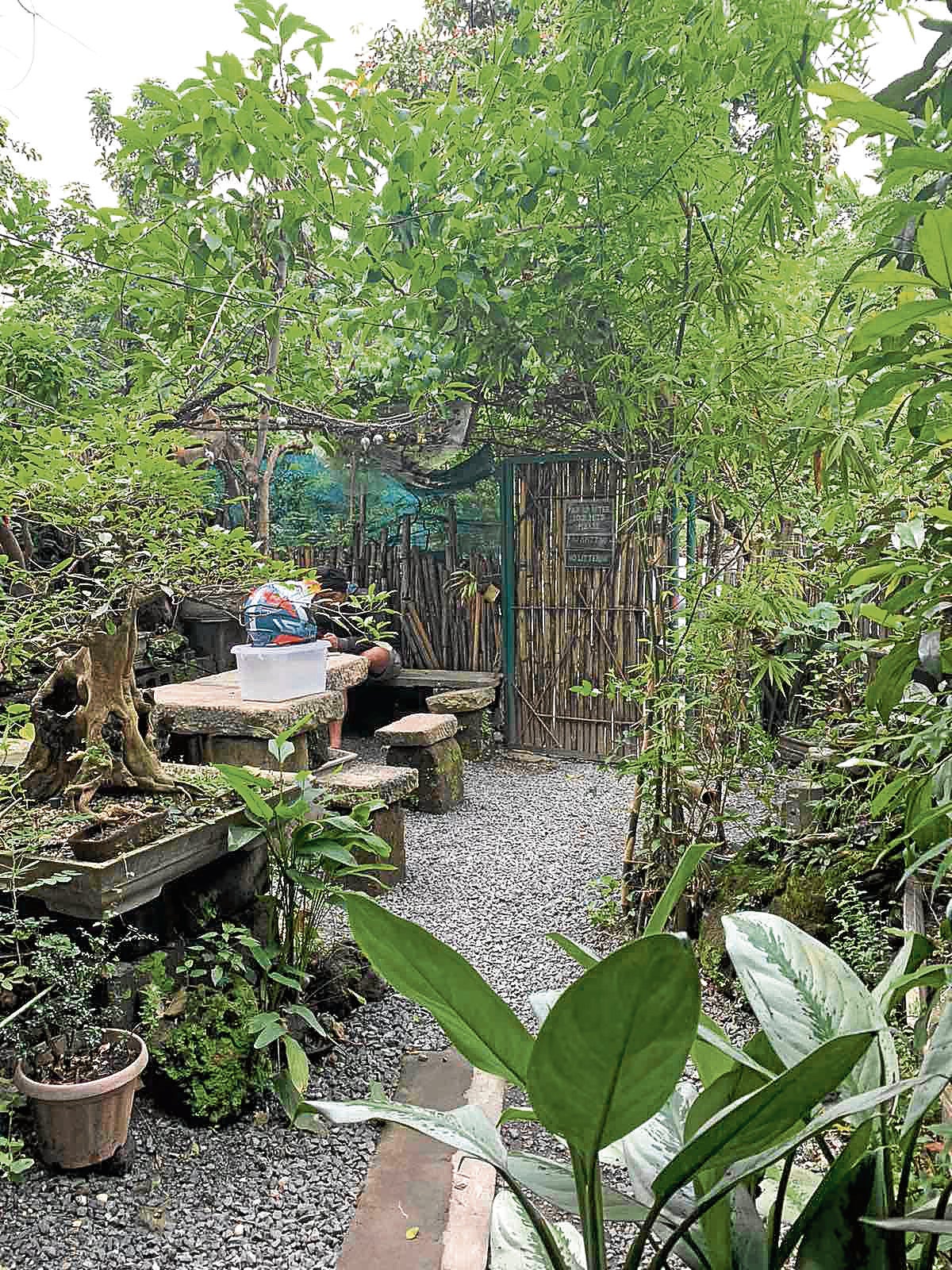 View of the tiny rock garden near the entrance 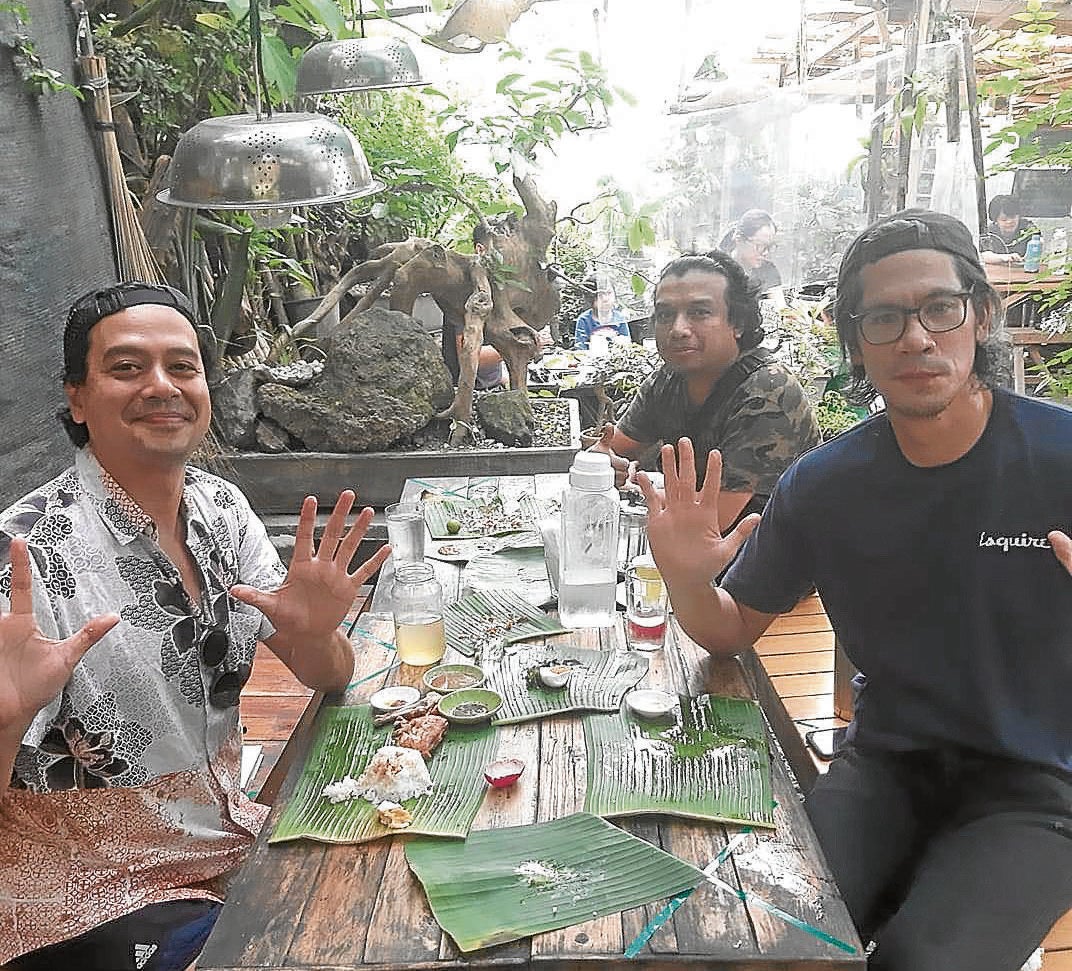 You might even run into actor John Lloyd Cruz (far left), a recent visitor at Gubat. —GUBAT FACEBOOK