Good Times with The Good Guys

On that rainy afternoon in late November, they heard a familiar sound, followed it, went to their balconies and saw a stage being set up right in the vast pool area of their community. As word spread around, people started to gather in their balconies. They got the biggest surprise of all. There it was: the vast amenity area of Shore Residences in the MOA complex transformed into a set-up for a full concert. The artist: no other than rock music icon and The Voice judge Bamboo. 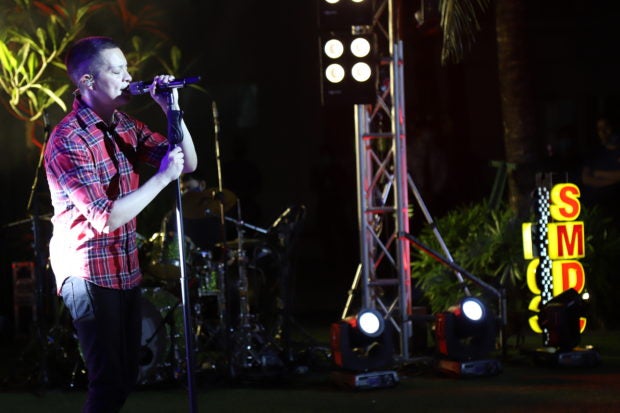 It was both surreal and electrifying as Bamboo serenaded the residents with his well-loved hits and a couple of re-arranged Christmas songs. For residents whose source of entertainment during the last eight months has been their TV screens or smartphones, this was, indeed, a spectacle like no other, a rarity in today’s social-distancing world.

From their balconies, the residents and tenants of Shore Residences sang, danced and exchanged good cheer with one another. Some of them decided to bring the booze out and made a toast with their neighbors. Flashing their smartphones’ lights, the Shore open space was transformed into an evening of musical enchantment. 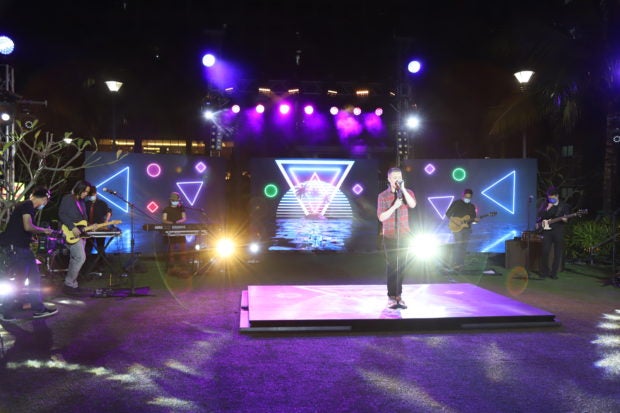 For the residents, the experience was like being transported back to a time that seemed like an eternity now.  “I have forgotten how it was to listen to live music, to actually come face to face with a famous artist, with a full band set-up and revel in the joy of listening to original Pilipino music. My roommates and I decided to party that night, right in our balcony!,” said one resident.

For Bamboo, it was a different kind of surprise. “The guys (crew) and I were talking earlier. It’s like we are transported to a different place. It’s like a resort,” he said of Shore Residences. It reminded him of home and of his family. It was the first performance he has had with the highest number of people in attendance in the last eight months. Indeed, for performers like Bamboo, to be able to perform live again, to hear that roaring applause, to actually see people’s faces – even when they are up on their balconies – is priceless. He was particularly grateful for this opportunity to be the first artist to perform live in an SMDC property at this time. “It feels great to be here, to be the first and to plant the flag, so to speak,” Bamboo said. “If I am the first then it means there will be more, and that is great for the industry.” 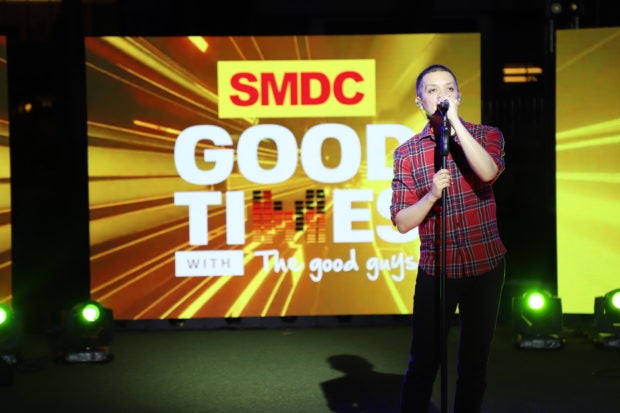 This in-property concert is part of SMDC’s Good Times with The Good Guys series of musical performances featuring some of the country’s most notable OPM artists. As part of The Good Guys program, this project aims to contribute to the building of happy, healthy, thriving communities within SMDC developments, for promoting OPM and helping Filipino artists at this crucial time. It has opened doors of opportunities for events managers and production crew who have found themselves out of gigs or jobs in the last eight months.

Good Times with The Good Guys took off from a partnership with Wish Bus, which started on November 13 featuring December Avenue, followed by Ebe Dancel and Gloc-9 on November 20. With the success of the first two bus performances, SMDC decided to up the ante and set up a concert in its homes.

Who will serenade you next? Follow SMDC’s Facebook to watch surprise performances from your favorite Filipino artists every Friday.