This artist brings past to life with colorized photos 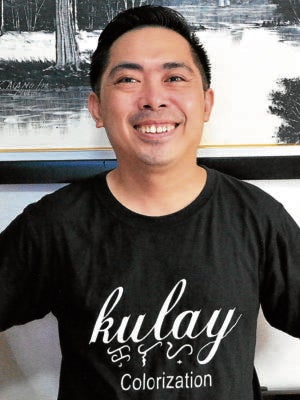 Adlai Jan Garcia Jawid, 41, is an electronics engineer and businessman—he owns Infinity Pest Control Enterprises. But something else keeps him busy: bringing to life old black-and-white photos by adding color to them.

Years later, in 2016, he saw colorized photos done by a foreign artist. “I don’t remember his name, but I was so amazed and wished that I could do the same. But I didn’t know how to use Photoshop then.”

Jawid learned how to use the program and was soon colorizing old photos under the name Blush of the Past. He later changed it to Kulay Colorization. “I chose the name Kulay to give it a simple Pinoy name. Easy to remember.”

He also connected with other colorists. “I joined Facebook groups with other foreign artists to enhance my skill. There I met a fellow Pinoy colorist, Jojon Valle.”

Facebook is where Jawid shares his work, and with Kulay Colorization, the colorist has built a community of close to 60,000 people. “I am glad that people appreciate this kind of art and it becomes an instrument for the younger generation to better appreciate our history.” said Jawid. “It also inspires other artists, and they can prove to anyone that anything is possible.”

Jawid likes working on photos “that have an impact on history.” He also selects black-and-white photos that would look better in color.

“Any colorizer will never reveal their secret on how they do it, just like how a magician will not reveal his magic tricks.” But step one is always research—“painstaking research for the color reference.”

He gave John Tewell’s 1949 photo of a magazine stand in Recto as an example. “I had to research each magazine cover on the internet,” he said—not easy, considering each magazine was published in 1949 or earlier. But, Jawid said, “Once you start, there’s no turning back.”

He spent a year colorizing that photo. 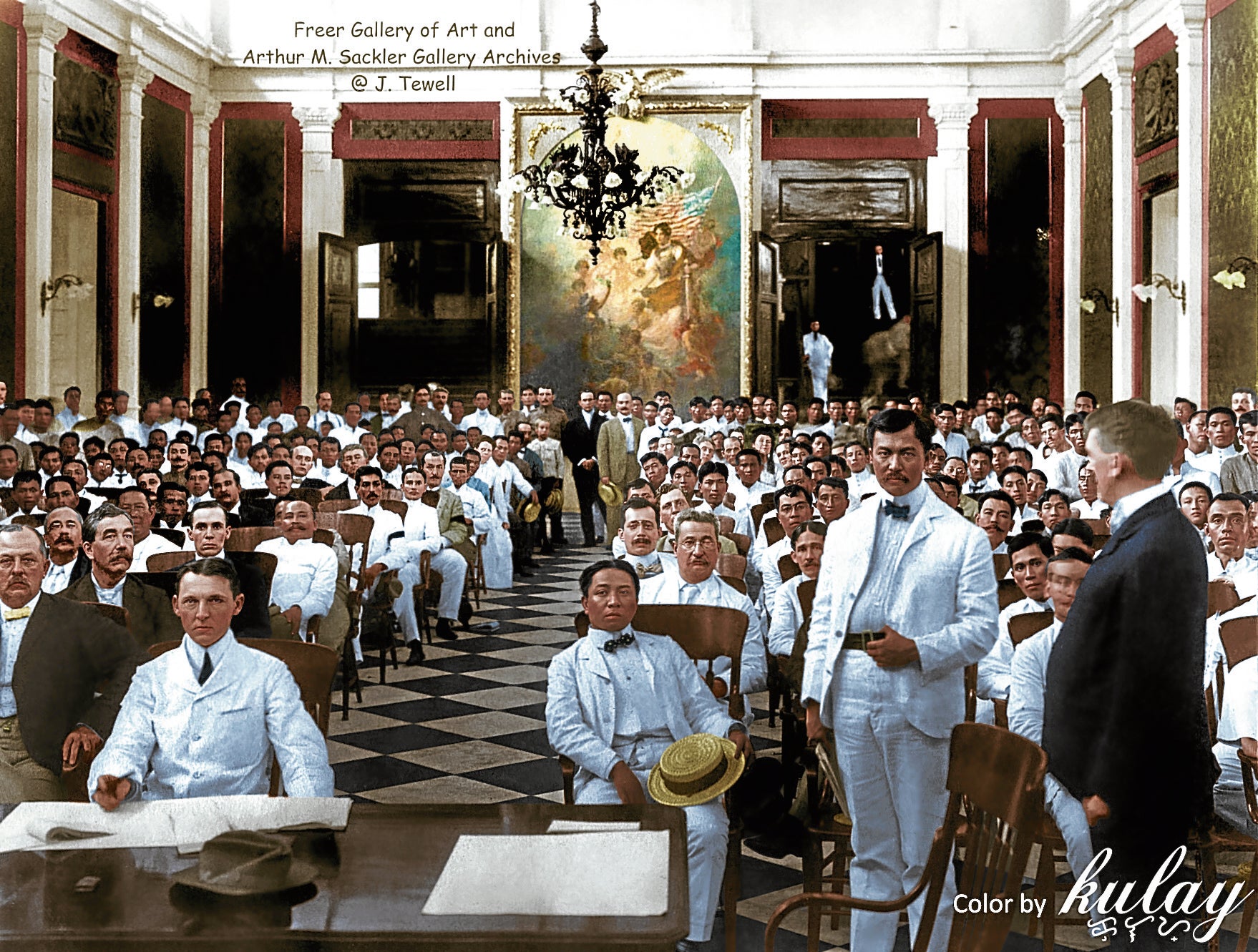 When he worked on a photo of the Nine Sovereigns (9 Kings at the Funeral of King Edward VII), Jawid researched each king’s uniform and medals. “Even the carpet and the vase behind King Albert I.”

But sometimes, it’s impossible to find a color reference. “Once all efforts are exerted and you can’t find a color reference for an item, that is where the artist’s imagination comes in. Usually, it depends on the hue of the color he chooses. For example, in some cases, blue is darker than red once you convert both into grayscale. Lighting is also a factor. Indoor and outdoor light are different.”

It’s never a guessing game, though—a lot of thought still goes into it. “Time or the hour, the weather, and the season also affect the light. It takes lots and lots of practice to figure out which color to use. The closer the color, the better the outcome.”

It’s a skill that takes years to learn.

Simple portraits with a plain background are relatively easy. “I can finish those in 30 minutes,” Jawid said. But photos with a lot of details like carpets and patterned dresses are more challenging. His work on the magazine stand, the Nine Sovereigns, and the Ayuntamiento are among his favorites.

But the most popular ones—the ones that have gone viral—include “the smiling Jose Rizal, photos of the national heroes, the colored Philippine banknotes, the Philippine presidents, and the actors and actresses of the Philippine Golden Cinema.”

He makes sure he gives credit to the owners of the photo. “If they don’t give permission, I simply remove it from my page.”

He doesn’t work on modern black-and-white photos. “I respect photographers, and those photos were meant to be black and white.”

Jawid stresses that none of the photos on Kulay Colorization’s Facebook page are for sale. “I always say, colorized photos can’t and will never replace black-and-white photos.”

He does accept commission work—he colorizes personal photos, of people’s parents, grandparents, or even great-great-grandparents.

But dealing with some clients can be challenging. “It’s the usual story of any digital artist. There are those who ask for so many revisions. Some expect the impossible like asking for a 2R photo be colorized and wanting to print it life-sized. Some let you do the work then suddenly cancel when it is nearly done. Others ask you to work for free.”