Telling stories of Bacolod through jewelry 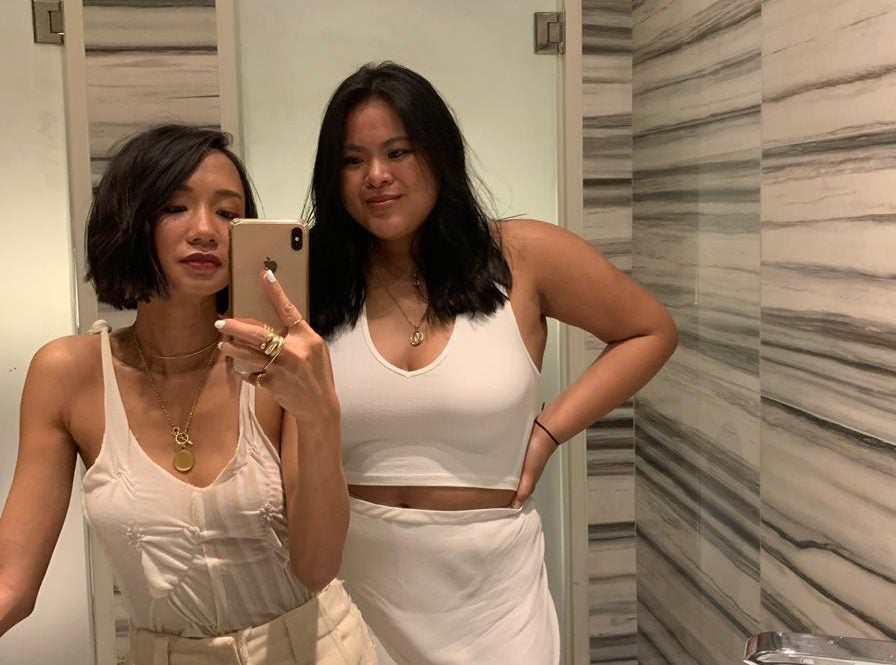 Bacolod is home to inasal, the “Angry Christ,” and two jewelry designers hoping to bring the Negrense aesthetic to their label. Manila-based Ina Tirthdas and Cath Sobrevega both grew up in Bacolod, which they refer to as “this small, charming town in Negros.”

“Life was so simple and laid-back,” Sobrevega, a stylist, recalls. “We didn’t have many stores or entertainment spots, but we had so much fun.”

Growing up in a provincial locale set the tone for the duo, who spent their early years heading to the mountains or the beach, instead of the mall—which didn’t exist in their hometown at the time.

Lack of access to trendy or fast-fashion outlets served them well. Practicality, creativity helped shape their style as they scoured their mother’s closet or vintage haunts.

Sagacity, a hallmark of the two, led them to their joint project, Nami, a jewelry line fashioned from brass, silver and gold. The line is sold online at nami.ph and at Tropa in Legazpi Village, Makati.

Nami, which means “nice” in Ilonggo, is an homage to their heritage.

“We usually speak to each other in Ilonggo and we use the word a lot but never really notice it,” says Sobrevega. “It’s such an ordinary but necessary word—we use it to fill in sentences, break awkward silences or simply refer to something that makes us feel good.”

Amari Insert, designed for the ears. Available at Nami.ph

Their background influenced many of the pieces.

“I remember my parents gave me a Spanish medallion for one of my birthdays, and my mom made sure I had it blessed,” says Tirthdas. “I still wear it every day.” Medallions are a key part of the collection, while a nostalgic homage emerged in their initial outing. “For our first collection, we had toe rings, which people didn’t really expect,” Sobrevega says. “But it was so big in the ’90s and we still enjoy wearing them—so they had to be revived!”

“We were always fascinated with how pieces could tell stories without words. Hence, the brand draws inspiration from the familiar, from our personal jewelry—pieces that mark certain memories and become a part of you. It’s the same with most of the women in our lives; their jewelry tells a story. We just really wanted to make that accessible,” she says.

How does your Negros background influence your aesthetic?

Cath Sobrevega (CS): Going out meant hanging out at friends’ houses or spontaneous trips to the mountains and beaches. That meant comfort was important—flip-flops and shorts. But we also loved dressing up when the occasion called for it.

Ina Tirthdas (IT): Back then there were no retail stores that offered the latest trends. We had a few local concept stores that would sell imported goods but by the time it would get there, it would be at least two seasons old. So we had to be creative. That meant raiding our mom’s closets for stuff we could alter, shopping at thrift stores, have some pieces reconstructed, or having things custom-made. And I think that really influenced us and built our character. And that’s what Nami is all about—making the jewelry your own and somehow make it “live with you.” 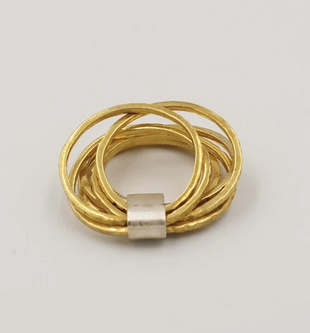 “The driving force was initially our own desire for wearable jewelry,” says Tirthdas of their label, Nami. “We were searching for something personal that we could wear every day.” Above is the Sinta ring, which comes in sterling silver
or gold.

How would you define the Negros identity in relation to design and lifestyle?

IT: It’s a sense of laid-back, understated elegance that is relative to the old-fashioned manner we were raised. It’s family, tradition, celebration.

CS: I love how everyone tries to honor this heritage in what they do, even younger brands like us. We still do a lot of things the traditional way, and people there take their time. It doesn’t mean we’re lazy, but we make sure things are done well and the process is followed to a T. This holds true in a lot of aspects of our lifestyle, and maybe best exemplified in our cooking. Food in Bacolod is always good, and the best dishes are made in our homes, using recipes that have been in the family for generations.

How have your shopping habits changed now that you’re adults running your own business?

IT: We like to think we’ve become wise shoppers. We really look at quality now and try to invest in classic pieces. When we shop, we think, “Will this work with the rest of the stuff I have in my closet now?” We think about how we can rotate it, cost per wear, fit and material.

CS: We’re not afraid to repeat stuff, and we think that comes with maturity, too. Being more sure about who we are and our style—we’re able to pick pieces that work well for our body type and our lifestyle.