Her antidote to depression: Writing haiku 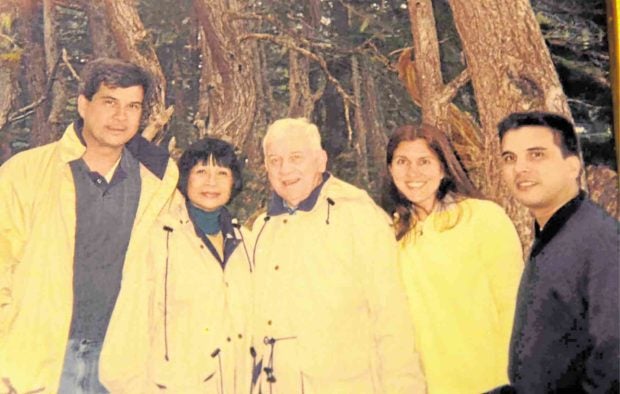 She lost her husband, her son and her daughter to cancer in just three years or so.

After Clenia Postrado Dimanche lost her husband of 54 years, she compiled his sermons at the Church of the Holy Trinity in Makati, as well as his homilies to his colleagues in the clergy and the administrators, faculty and students of Brent International School.

Her husband, Gabriel Dimanche, or Father Gaby, was a Belgian priest of the Anglican/Episcopal Church who helped found Trinity College, now Trinity University of Asia in Quezon City. He served as rector of the Makati parish for 18 years and headmaster of Brent School.

Dimanche immersed herself in collating, classifying and transcribing the handwritten sermons of Father Gaby she found in his desk drawers. It was her way of coping with the immense grief of losing him, her teacher at 17, husband at 18 and father of her three children—Philippe, Francoise and Jacques.

In December, she finished the collection, calling it “Inspired Moments.”

It was followed by days of emptiness, a feeling of ennui as it was. She started writing letters to her husband and to herself. She felt depressed. “Until,” she says, “I decided to rein in my thoughts to 17 syllable verses, 5-7-5 syllables. My haikus. One goes:

One tragedy after another

Clenia Dimanche was born in Sultan Kudarat and taught French at International School Manila. In April 2013, she lost her husband to basal cell carcinoma that morphed into a more aggressive squamous cell carcinoma.

Two months later, Dimanche found out that her son Jacques, 45—who read the sermon his father prepared for that Sunday of the priest’s own funeral Mass—had kidney cancer. 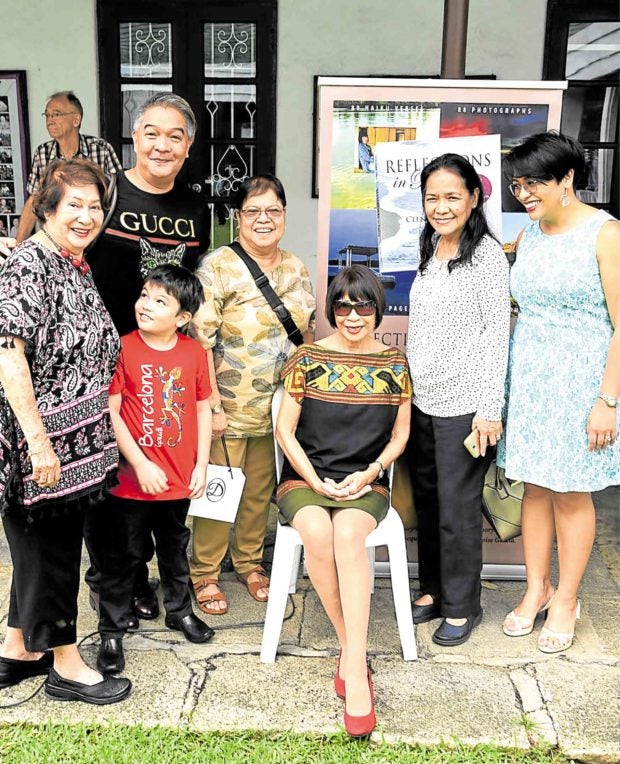 “Like his father,” Dimanche says, “my son faced death bravely.”

Jacques went on a long (and painful) trip to his parents’ retirement place in Botolan, Zambales, aptly called Haven. On the eve of New Year 2015, he decided to celebrate life with his family, complete with a magnificent fireworks display.

“On Feb. 8, he was gone,” Dimanche says. “I was numb with pain. But I plowed on scribbling haikus again:

Thoughts and prayers they unfold

Your face I behold.’”

Six months later, it was discovered that her only daughter, Francoise, had pancreatic cancer. It was on its last stage, and even surgery could not save her.

Looking back, Dimanche could only exclaim, “This child of mine, too, was incredibly brave! When she saw me crying as they wheeled her to her room after her surgery, she wrote on a board: ‘Please don’t cry! I don’t want to see you crying at all.’”

How could anyone bear three deaths in the family in just three years?

In the Philippines, 3.3 million cases of depression were reported in 2017 alone, the highest number in Southeast Asia, according to a World Health Organization report.

For Dimanche, she was at her lowest one night as she entered her room and found herself alone. She could not think, more so write anything at all.

Her doctor gave her sleeping pills, but she stopped taking them after several nights. She didn’t want to be drug-dependent. Sometimes, just sometimes, she took half a pill. Doing so, she felt she was in control. It was her way of coping.

“Prayer helps,” she says. “And I talk to myself. Aloud, so that my senses, not just my brain, could absorb my own message. I get out of myself.”

No, she should not be depressed to be able to fulfill her promise to Jacques on his deathbed that his two children would get as good an education as their cousins.

Dimanche launched her mini coffee-table book of haikus, “Reflections in Poetry,” at the Church of the Holy Trinity in Makati.

The verses she wrote to beat depression became more alive, poignant and inspiring with the accompanying images of nature captured by veteran art photographer Mandy Navasero. Book design was by Lynett Villariba. The artistic collaboration between the two women started when Dimanche joined a photo safari to Batanes which Navasero organized.

Leo Tolstoy wrote: “Only people who are capable of loving strongly can also suffer great sorrow, but this same necessity of loving serves to counteract their grief and heals them.” Dimanche suffered much, but her undying love heals her.

The book launch at the Church of the Holy Trinity was attended by poets, literary enthusiasts, journalists, friends and the Dimanche and Navasero families.

“Reflections in Poetry,” a labor of love for both Dimanche and Navasero, is dedicated to the memory of Fr. Gabriel Dimanche, son Jacques and daughter Francoise Garcia.

“Help those in adversity