PASAY CITY–When the 54 ladies competing in the 2019 Miss Asia Pacific International pageant sashay onstage in the coronation ceremonies tonight, do not be surprised to hear Filipino names from delegates representing countries other than the Philippines.

“I was surprised to hear other candidates speaking Filipino during our orientation!” Mutya Pilipinas Klyza Castro told the Inquirer at the preliminary evening gown and swimsuit competition held at the Philippine International Convention Center in Manila last week.

She said she is happy to have fellow candidates who are part Filipino because it makes her job as a host delegate so much easier. 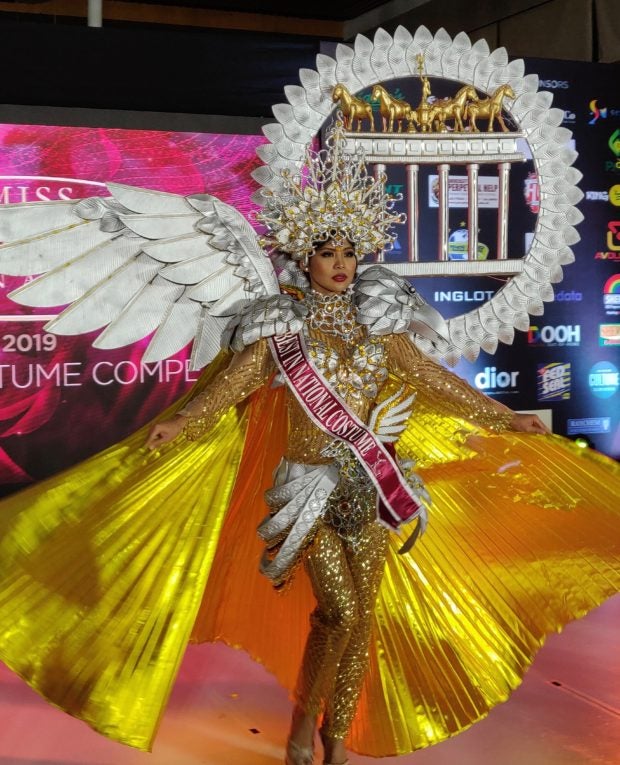 Germany’s Denisse Nicolle Ligpitan was born and raised in the Philippines./ARMIN P. ADINA

“There are other people who can share my experiences of the Filipino culture, cuisine, mannerism, just the hospitality of the Filipinos,” said Castro, a political science student from the Ateneo de Davao University.

Aside Castro, several others of her competitors are of Filipino descent. Two of the Filipino-foreigners have also prequalified in the Top 25 along with the hometown girl.

Denisse Nicole Ligpitan gave Germany an early Top 25 placement when she bagged the “Best in National Costume” award in a preliminary event held last week. The pure Filipino beauty was born and raised in the Philippines, and moved to Europe with her family when she turned 16.

Like Ligpitan, Cinachino traces her roots from Laguna, where her mother Brenda Virtucio comes from. Her father Adam is an Italian-British born in Canada.

Guam, a United States territory popular among Filipino migrants, is represented by Cyndal Abad, daughter of Jose from Albay with part-Italian Brenda Mansfieild.

And while she found it easy to bond with the Filipino-foreigners, Castro clarified that she has extended her hospitality to all the candidates “who may or may not be Filipino.” 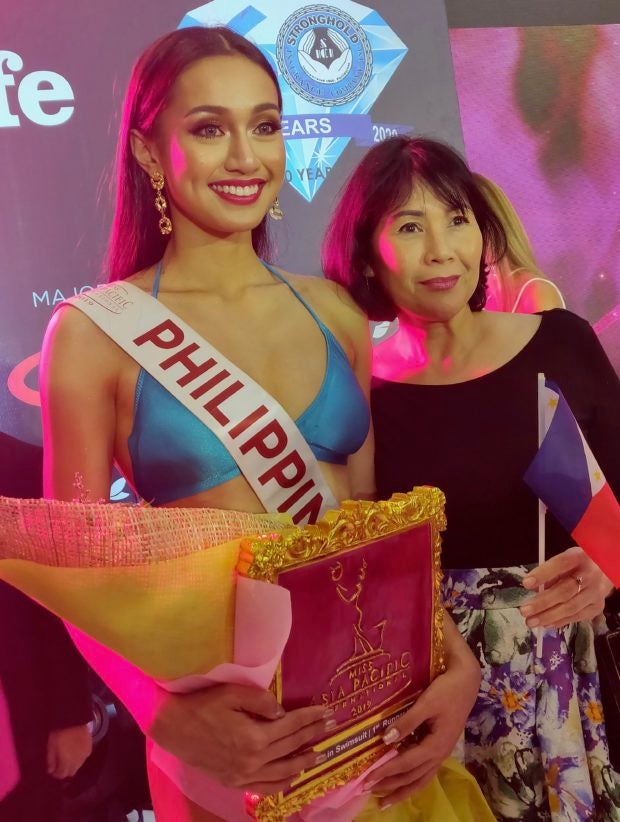 “I am so happy to have the opportunity to share this journey with my fellow Filipinos,” she said.

For the campus debater, having several Filipino contenders in one global stage just proves that Filipinos are indeed all over the world.

“Wherever they are in the world, Filipinos always raise our flag. That is why I am so proud now to get to share this moment with my Filipino sisters,” Castro continued.

This is not the first time for an international pageant to have representatives of Filipino descent representing other countries.

The Filipino-foreigners in the 2019 Miss Asia Pacific International pageant have received huge support from their relatives here in the Philippines during the pre-pageant activities.

These supporters are expected to continue cheering for their relatives, and even grow, during the coronation ceremonies to be staged at the Newport Performing Arts Theater of Resorts World Manila in Pasay City on Oct. 9. It will have an international live telecast on cable channel FoxLife.

The Philippine Daily Inquirer is a media partner of the 2019 Miss Asia Pacific International pageant.