In 1994, a client walked into Rita Neri’s Wedding Store at Glorietta and asked if her shop offered wedding coordination services.

“We played everything by ear,” she said. “You had to invent everything because there was no book to follow.”

Twenty-five years later, Rita Neri Event Planners (RNEP) has become a leading brand. The company offers several wedding packages for couples to choose from. Neri has written “The Essential Wedding Workbook for the Filipina,” which offers tips adapted to local culture, and “Your Handy Wedding Guidebook.”

Neri graduated from Assumption College with a double degree in education and liberal arts. Her first job was teaching World History.

Asked how she ended up in events planning, she replied, “The Lord in His wisdom kept on throwing jobs that involved organizing and planning. I love the complexity. Event planning is like a ball that’s all twisted up like a yarn. You unwind it to make sense out of it.” 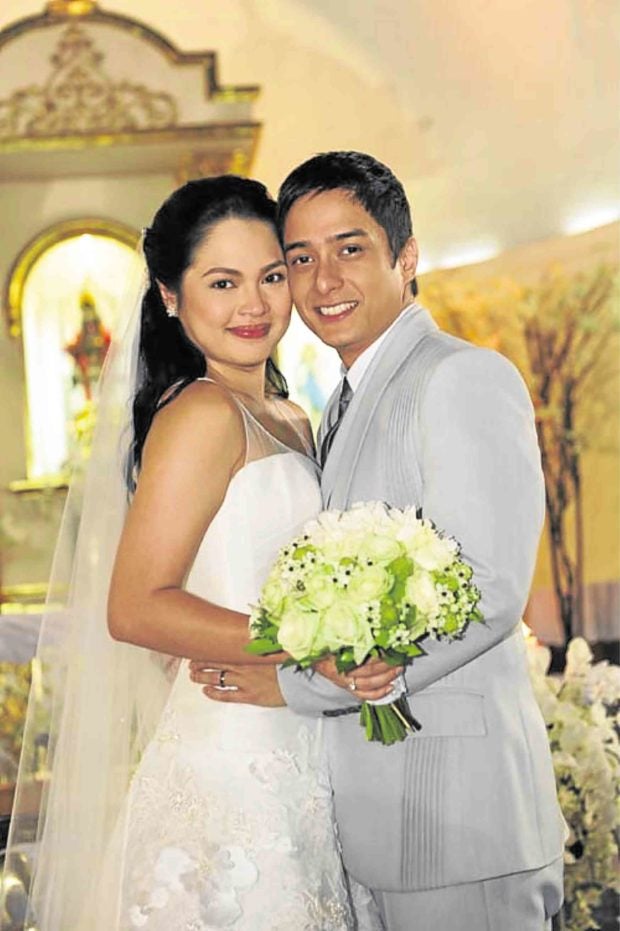 Neri has seen significant changes in the clients. Back then, mothers often decided for their daughters, and debates were frequent. Today, the couple works out everything. “The mother is an FYI, though she is still involved,” said Neri. She has also been tasked to handle overeager mothers.

Aside from destination weddings and hands-on couples, social media has shaped the way clients want their weddings. Scrapbooks for different looks are passé.

Clients bring their tablets and show images from Pinterest or a royal wedding or send her the link to a bridal story from an online magazine.

“In the past, you were helping. Today, you merely implement,” Neri observed.

“I’m often asked why they do it,” she said. “Because they can! A bride and groom will never be this lovely, or this young, or this in love again in their lifetime.” 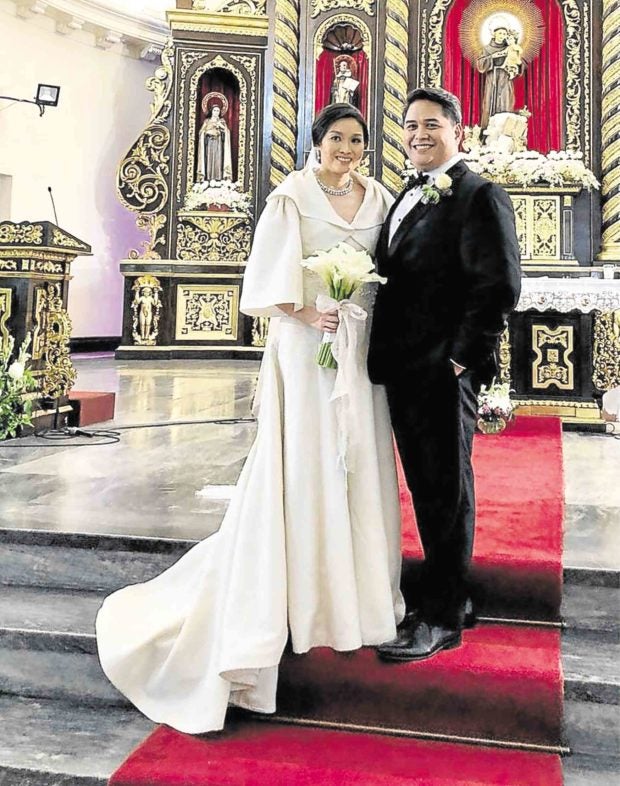 Drone photography is popular in destination weddings where areas are contained, such as Shangri-La Mactan, Amanpulo and Balesin. It is not allowed in churches, the Manila Yacht Club and other areas.

Suppliers often refer Neri to clients who have challenging requirements. A bride once wanted to fly in her uncle’s helicopter to a church which was adjacent to an open field in Tagaytay. After the ocular, Neri nixed the idea since the wild grass would get caught in the helicopter blades and the ground would be muddy for the bride to walk on.

For the “secret wedding” of Ryan Agoncillo and Judy Ann Santos in San Juan, Batangas, in 2009, Neri had to organize several receptions.

After the ceremony at San Juan Nepomuceno Parish Church, the brunch was held at Balai Laiya, a resort district which was a 30-minute drive from the town. Guests had an option for a boat ride after the meal. The sunset dinner reception was held at Balai Anilao, a three-hour ride away.

“It’s a matter of logistics,” she said. “I had teams in every area to guide guests. Aside from the logistical nightmare, you put in security and hide from the media.” 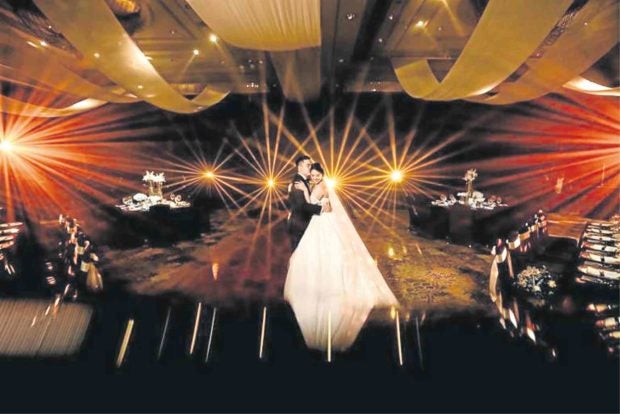 The scale of the wedding doesn’t always determine the degree of difficulty. “You can have a wedding for six with only VIPs,” she said.

In 2006, Hong Kong singer-actor Nicholas Tse wanted to surprise his then girlfriend, singer-actress Cecilia Cheung, with a marriage proposal in Amanpulo. He was confident she would accept his proposal.

That September, Cheung thought they would just chill in the resort. The beachside was styled for the couple as they walked along the beach. Suddenly, Tse knelt down and asked Cheung, who was in a red polka-dot bikini, to marry him.

“She was then whisked to the presidential suite,” recalled Neri. “We had two hours to transform the casita with the team of stylist Robert Blancaflor and set up the six-piece music ensemble. There were photo and video documentations.”

Tse had ordered an abundance of food for his four guests. Although the production team had its own meals, the client asked it to finish the food. The couple stayed for another three days. The bill amounted to P14 million.

Neri’s biggest wedding entailed 3,000 guests. The bride was a Laguna lawmaker. The reception was held in her family’s resort which was filled with tents. VIP guests were then incoming President Benigno Aquino III and Mar Roxas.

Guests came with Tupperware for the food, and the cake melted because of the heat. In the end, the caterer, Josiah’s, charged the client for the silverware that was pilfered by guests.

High-profile weddings require extensive security. In 2001, the Aga Muhlach-Charlene Gonzales wedding at St. Joseph the Worker Church in Baguio was said to be one of the grandest. Neri said she utilized a lot of manpower. A week before the wedding, fans camped outside the church.

Neri also handled the wedding of banking tycoon George Ty’s son, Alfred, to billionaire Lucio Tan’s daughter, Cherry, in 1998. The sponsors included then President Joseph Estrada and former Presidents Corazon Aquino and Fidel Ramos. There were separate tables for the taipans, the Ayalas, and the guests from Taiwan, Hong Kong and Singapore. 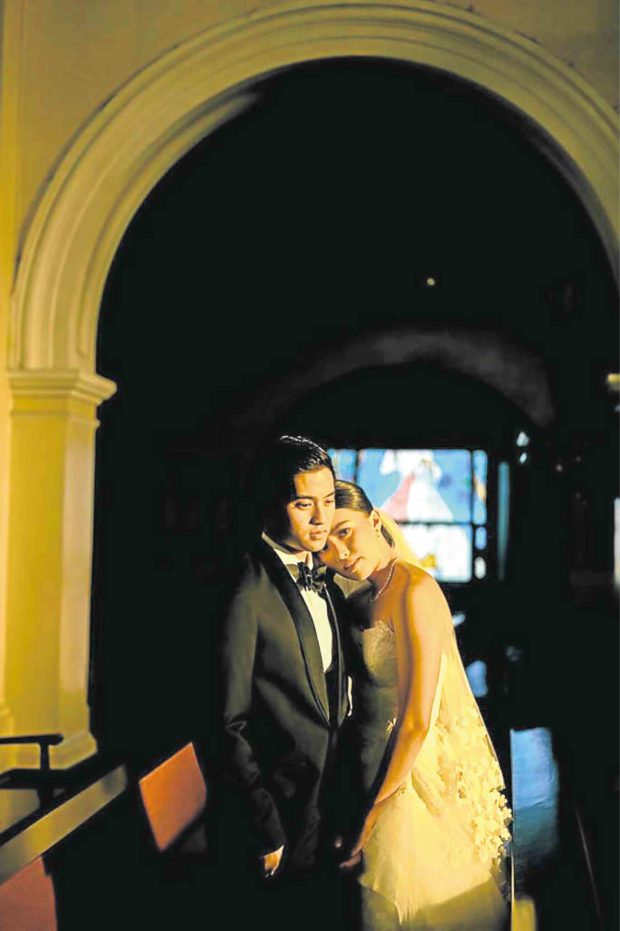 Neri’s hard work has paid off. She has been handling second- and third-generation couples. Years after the seamless wedding of Joseph Tay and Stephanie Coyiuto, the latter asked Neri to handle the first birthday party of her second son at Manila Polo Club.

Neri has earned their trust by keeping mum about budgets and complicated family dynamics. Her clients have their go-to RNEP event managers.

In 2013, RNEP won the Agora Award for small to medium entrepreneurship.

Aside from handling social functions, Neri has been helping Peninsula Manila in planning its wedding fairs since 2001.

“Wedding fairs are classic and elegant, not a marketplace,” she said. “I have nothing against the latter because there is a market. That’s not the mission of my events company.” —CONTRIBUTED