A granddaughter’s tribute to her 104-year-old grandmother 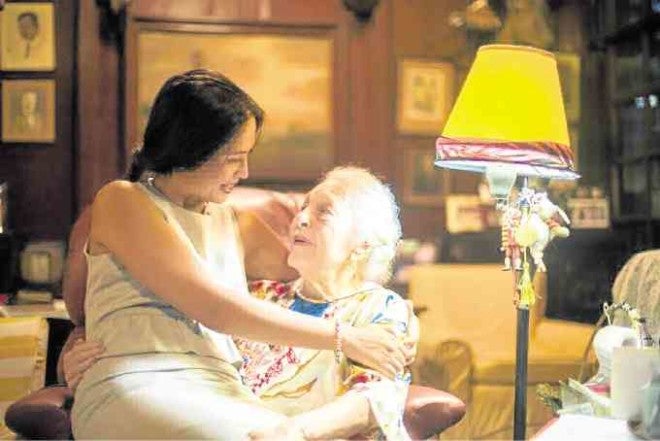 Sunshine Lichauco de Leon opens the door herself after I press the doorbell. In her house she is clearly busy, as a production assistant works on a project and, a few minutes later, a woman arrives early for a meeting.

But Sunshine is unfazed. She is cool and (pardon the pun) as sunny as her name suggests.

It is second nature to her by now to talk about Nana or Jessie Coe Lichauco, her 104-year-old grandmother; Sunshine has spent the last 20 years shadowing her and taking note of her every word and story.

“We’ve always understood each other, innately. She said to me, my grandfather died before I was born and my mother was pregnant with me at the time,” Sunshine says. “We missed each other by five months so she used to say that my grandfather and I traded places. Maybe that was her way of explaining why we always had this special bond.”

This special bond would bring them together countless times. And then it hit her: “I just remember one day, watching people come to our house in Boston. I instinctively knew that this was something special. I remember thinking, ‘Okay, the best thing you can do is give your family a sense of place.’”

Sunshine immediately got to work, taking notes, photos, recordings and videos in order to capture everything. The result is the documentary film, “Curiosity, Adventure and Love.”

The film opens with an introduction of Jessie, whose life begins on the Isle of Pines, an island close to Cuba, where she is born to an American father and a mother who passes away when Jessie is still young. She is brought to the US and raised in a convent school in Florida. 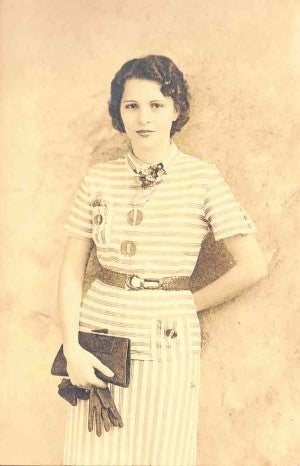 Jessie as a young woman

Fate brings about a chance meeting with an intelligent and charming Filipino, Marcial Lichauco.

Despite the restrictive nature at the time, 18-year-old Jessie boards a Manila-bound ship on her own and finds herself in the Philippines, a land she will call home.

While one would expect a film centered around one woman to be unique to her and her family’s experiences, this story is remarkably universal as Jessie lives out all-embracing values of tolerance, openness and generosity.

Through her actions, we see how good begets good. Imagine a young visiting American scholar who is invited to stay on as a guest for a year.

Decades later, he returns from the US and proceeds to put up a foundation in the Philippines inspired by this woman, who showed him how one should live in this world.

Through Jessie’s eyes, we are thrilled with the Manila she arrives to, where Manila Bay is filled with chic cafés in a cosmopolitan city. Seeing all these makes one realize just how much Filipinos truly lost in the war.

But it is also during the war in which Jessie’s spirit makes its inspiring presence, as she turns their temporary refuge into a hospital and shelter for the wounded and homeless. Though Jessie and her family are also suffering, she does not use this as an excuse to focus on their needs alone. She turns it instead into an opportunity to help.

In the documentary, she talks of saving every bit of skin and peels from fruits and vegetables, turning them into preserves, while egg shells are boiled for calcium for her loved ones and the countless she sheltered. 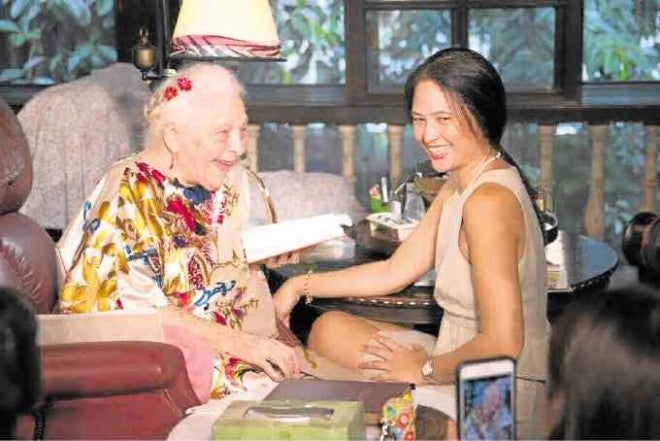 The film’s ending is certainly not the end for Jessie, who, at 104-years-old, is still as lucid as ever. She is amused and confused by the attention over her life, though she has this to say, “I am glad if I serve a purpose. There is not too much to life, unless you serve a purpose someplace.”

Sunshine is currently doing the film’s marketing and distribution. She has screened it in two Philippine festivals, where the film earned a special jury prize for documentary. It has also received more screening invitations and support here and overseas.

Last month, the Philippine Embassy in Washington, DC, hosted a screening as part of Philippine-American history month. This was followed by November screenings at the consulate in New York. Last week, the film was privately screened in Los Angeles and San Francisco. 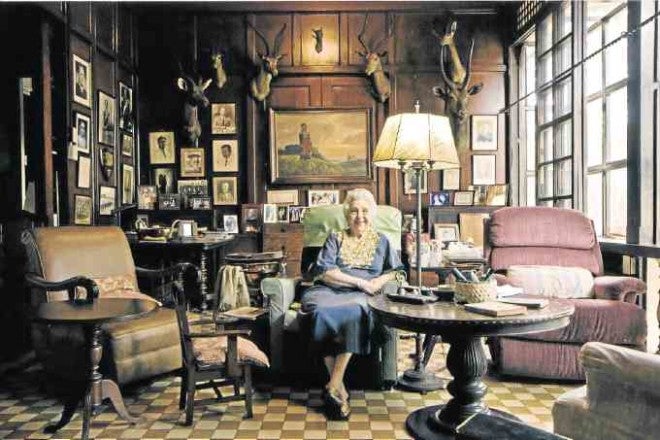 From a simple idea of giving one’s family a sense of place, Sunshine has given the values of an exceptional woman a broader platform where they can now inspire and influence a whole new generation of Filipino families to create their own tales of curiosity, adventure and love.

“The film’s title are the words which tie and inspire the endless stories of life that my grandmother has shared with me and are what I truly believe are core elements to a good, rewarding, happy life,” Sunshine says. “If this film encourages people to live life with an increased sense of curiosity, more inclination toward adventure, and a greater sense of love to each other, then I would have done my job as a storyteller.”