Joker is King of the Philippine box-office this weekend with an explosive opening that overpowered the competition, demolished records and satisfied fans.

With unprecedented interest and fan curiosity for one of the most fascinating villains in the history of the superhero genre, Joker posted a four-day opening weekend gross of P77.2-million from 354 screens with 302,506 total admissions. The film became the third movie from Warner to open at No.1 this year, after the blockbusters Shazam! and IT Chapter Two. 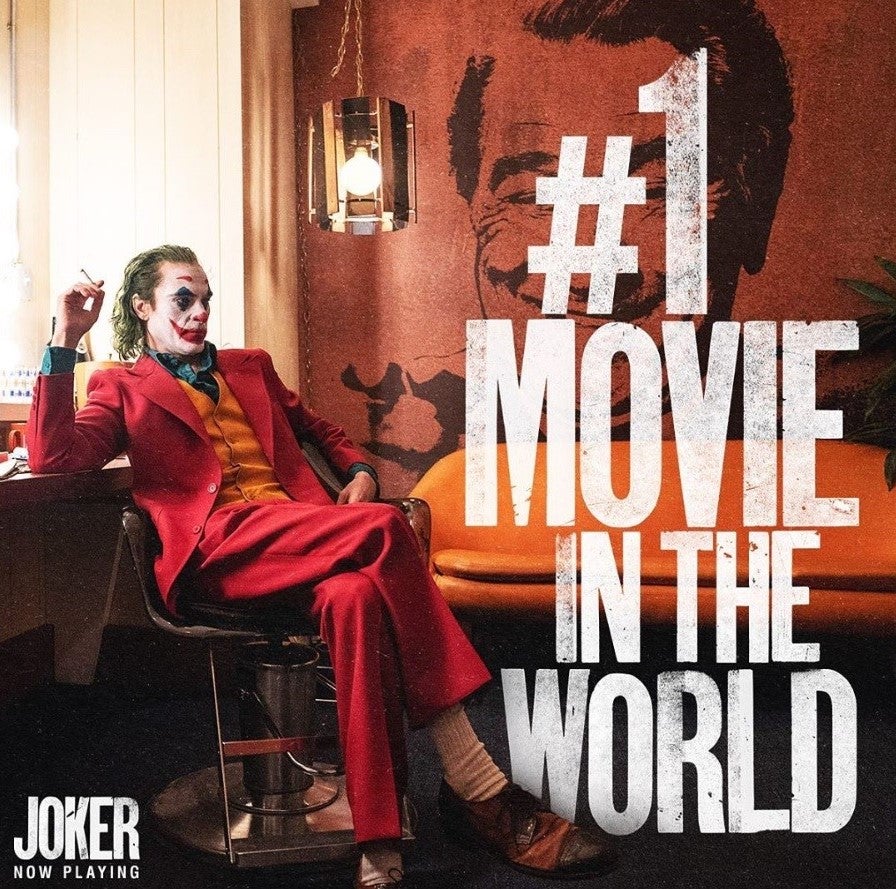 En route to a wild victory at the box-office, Joker dethroned the Biggest Opening Weekend record for an R-16-rated movie (or higher) from Warner, besting 2014’s 300: Rise of an Empire (P66.9-M).

The film also now holds the record for the Biggest Opening Weekend for a Todd Phillips movie, more than doubling 2013’s The Hangover Part III (P32.4-M).

Joker is rated R-16 Without Cuts by the Movie and Television Review & Classification Board (MTRCB) for its violent content and serious themes. The film earlier won the coveted Golden Lion prize at this year’s edition of the prestigious Venice Film Festival, boosting its stature as prime contender for the upcoming Academy Awards.

Now playing in Philippine cinemas, Joker is distributed in the Philippines by Warner Bros. Pictures, a WarnerMedia Company.