Unfazed, US to fund local NGOs 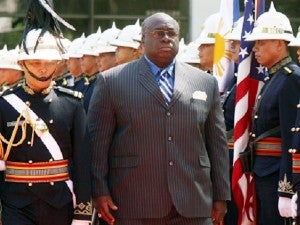 MANILA, Philippines—Amid the pork barrel scam that may well have tainted the image of the country’s thriving nongovernment organization community, the United States on Monday announced a P984-million ($24 million) grant-giving facility that aims to fund over the next five years deserving Philippine NGOs in pursuing “innovative solutions [to] the country’s development challenges.”

The US Embassy in Manila said the Philippine-American (Phil-Am) Fund, initiated by the US Agency for International Development (USAID), is a component of the continuing implementation of the American Partnership for Growth Program (PFG), a wide-ranging program that seeks to help the Philippines steer itself toward inclusive growth.

Reflecting its continuing faith in the country’s NGO community, the US Embassy announced the grant facility just as the Philippines continues to investigate the misappropriation of state funds for bogus programs through fake NGOs allegedly perpetrated by the now jailed Janet Lim-Napoles.

“I am very pleased to be a part of this exciting and innovative project that will help advance our shared vision of broad-based and inclusive growth under the Partnership for Growth Initiative. Under the PFG, our governments are committed to work together to achieve inclusive economic growth in the Philippines,” said US Ambassador Harry Thomas Jr.

The Philippines is one of only four countries where the United States is implementing the White House-led PFG program, which seeks to improve the country’s education, governance, justice and financial systems through collaborative engagements between the US and Philippine officials and organizations.

“We are working in partnership with the Philippine government, the private sector and civil society organizations to help put the Philippines on an accelerated growth path that would benefit the majority of its population. The Phil-Am Fund will help us reach this goal,” said USAID mission director in the Philippines Gloria Steele.

The Phil-Am Fund will be implemented by the Gerry Roxas Foundation, one of the country’s oldest foundations, which has been receiving USAID grant support since 1992 for programs on health, governance and justice. Victoria Garchitorena, a long-time leader in the country’s NGO sector, is the program’s chief of party.

The United States is known to implement a stringent screening of grant applicants and a careful audit of fund disbursements by partner organizations.

Last year, USAID sued its long-time NGO partner, the renowned and multiawarded Philippine antitrafficking organization Visayan Forum Foundation Inc. (VFFI), for allegedly failing to account for some P210 million in funds. Two whistle-blowers had come forward to report that fake receipts and contracts were used to liquidate the USAID grant.

VFFI has repeatedly denied the accusations and continues its advocacy to stop human trafficking and provide assistance to victims.