About 178,000 Filipinos abroad repatriated amid pandemic—DFA 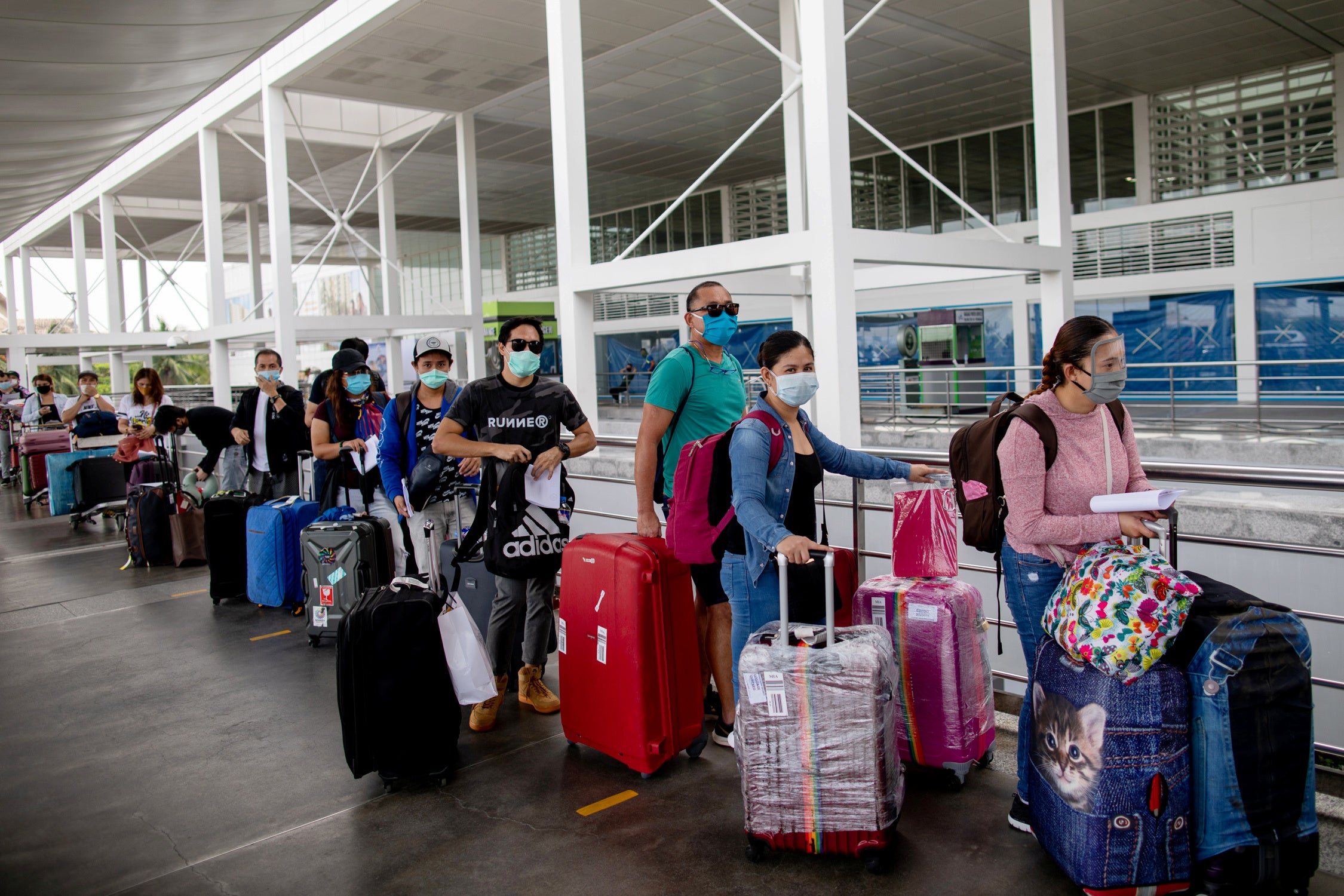 FILE PHOTO– Repatriated Overseas Filipino Workers or OFWs arrive at an airport after being allowed to go home following weeks of quarantine amid the spread of the coronavirus disease (COVID-19), in Pasay City, Metro Manila, Philippines May 26, 2020. REUTERS/Eloisa Lopez

MANILA, Philippines — About 178,000 overseas Filipino workers (OFWs) have been repatriated to the Philippines as nations continue to grapple with the coronavirus pandemic, the Department of Foreign Affairs (DFA) reported Tuesday.

During the hearing of the House committee on appropriations on the proposed budget of the DFA for 2021, Foreign Affairs Secretary Teodoro Locsin said that aside from the OFWs who have already been repatriated, they are still expecting another 177,000 Filipinos abroad to return home.

DFA Undersecretary Sarah Lou Arriola said some of the flights that brought home the Filipinos were paid for by the local manning agencies while others were shouldered by the government.

“Around 34 flights were chartered [to bring OFWs home] and we’re chartering more. The rest are commercial flights,” Arriola said.

Arriola added that several programs from the Overseas Workers Welfare Administration (OWWA), Technical Education and Skills Development Authority (TESDA), the Department of Trade and Industry (DTI), and the Department of Labor and Employment (DOLE) are also available to help Filipinos who would return home.

The DFA official added that its foreign posts also have “embassy on wheels” which offers services such as passport concerns, among others, for Filipinos abroad.

“This is very important in Saudi Arabia especially because it’s a very large country and it takes hours for them to get to the embassy. Because of the lockdowns, it stopped for a while but now since we already have the resources and we’ve already coordinated with our posts, they said that it’s going to resume,” Arriola said.

Today, the DFA reports only 1 new COVID-19 fatality among Filipinos abroad. Meanwhile, there are 15 new confirmed cases and 17 new recoveries recorded in Asia and the Pacific, the Middle East, and Africa. (1/3)@teddyboylocsin pic.twitter.com/x5v30z27pR

As of September 15, there are 10,329 cases of the coronavirus disease (COVID-19) involving Filipinos overseas.

Of this number, 2,985 are undergoing treatment; 6,571 have recovered or have been discharged; while 773 have died.

“To date, the Middle East remains to be the region with the most number of confirmed COVID-19 cases, recoveries, under treatment, and fatalities among our nationals,” DFA said.

“The Americas now has the least numbers in all categories compared to other geographic regions, except in the total number of deaths, wherein Asia and the Pacific ranks lowest with only 8 fatalities,” it added.