“In history books about Magellan, who came to the Philippines 600 years ago… the trade routes have developed tremendously,” Prince Tunku said during the signing of partnership deals with Future Greens Commercial Broker, a primary digital platforms solutions provider in the MENA (the Middle East and North Africa) region, and Quadd Solutions (Pvt) Ltd., a Sri-Lanka-based pioneer in self-service solutions for sophisticated modern lifestyle. Antah HealthCare Group, where the prince is an executive chairman, also signed an agency with XLOG developer Shiptek Solutions during the event.

Magellan’s discovery of the Philippines in 1521 is credited in history as the first expedition to prove that the world is round and that the east could be reached by traveling west.

“It’s great that 600 years later, in the same country that he visited, we are today launching a platform that will transform logistics to a new dynamism,” Tunku added while congratulating the XLOG team for achieving a significant milestone by “opening in the region and making their first global footprint.”

He explained the XLOG platform has opened doors to many businesses and people and pointed out the partnership with Antah would also allow access to their network to open up more markets while establishing end-to-end solutions for shippers, freight forwarders and service providers.

XLOG is an end-to-end shipping and logistics platform on the blockchain which leverages the latest technologies for a seamless experience. It creates complete documentation of door-to-door shipment from the country of origin to the country of destination. The platform also provides instant access to both historical and current shipments.

Prince Tunku went on, “For such a platform, it will enable customers to be more selective, more discerning, and also be able to track the delivery at any time. This product, which is delivering to the world from the ASEAN – and of course, ASEAN has a population of over six hundred million people – bodes well for the region, which is already attracting a huge inflow and outflow of container traffic and general cargo.” 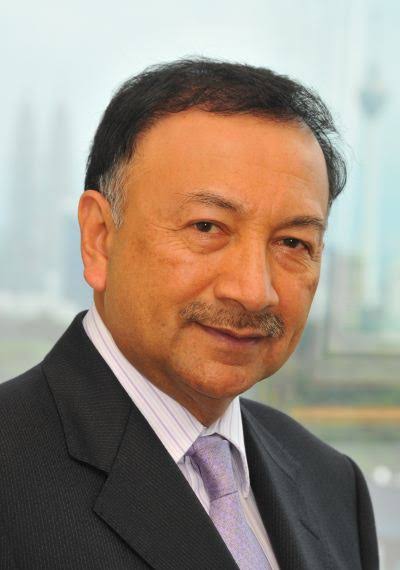 At the same time, the Malaysian prince noted that Shiptek’s partnership with UnionBank of the Philippines (UBP), one of the most digitized banks in the region, is a significant step as the lender’s backing provides the group with the necessary funding expansion with the financial support coming at the right time when the ASEAN industry is exploding and as world trade continues to expand.

For his part, UBP Chairman of the Board Justo A. Ortiz, expressed excitement over the quadripartite deals saying that as an institution, UBP seeks to know the different verticals in the hope that the industry develops its own platforms.

The use of the blockchain platform in the shipping and logistics industries fits UBP’s thrust to make “banking invisible,” Ortiz said. “Nobody is excited about doing banking in real life. As individuals, we know we wake up in the morning; we are not excited to go to the bank and conduct transactions. As businesses, it’s also a pain in the neck – trying to get credit, trying to get guarantees, trying to get insurance.”

With the XLOG platform, it can move more and more to the blockchain, making transactions very quick and real-time while making it cost-effective.

“Because blockchain is governance by design, it provides transparency, provenance, and one version of the truth. It also provides accountability because it’s just a peer-to-peer transaction. There’s no intermediaries or in-betweens, no finger-pointing, and it’s fair because it is executed with self-executing smart contracts,” he said.