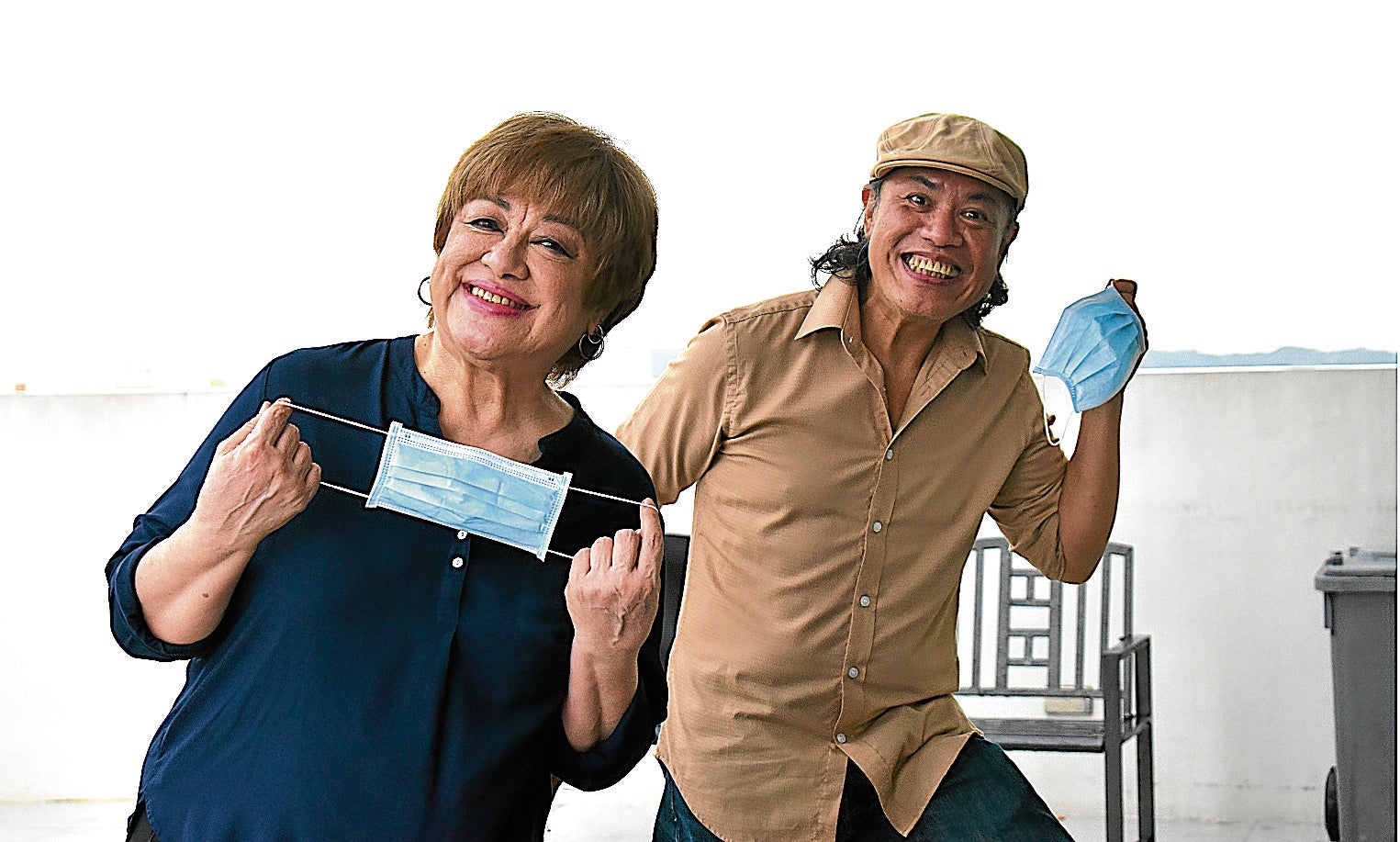 While actors and television personalities have been easing their way back to work, the live music scene, which relies heavily on mass gatherings, remains in limbo.

“What I have noticed is that my fellow performers sing and sing, upload and upload, just so they could do what they love to do. But of course, the sad reality is that, for many of them, there’s no real financial remuneration,” Mitch Valdes told the Inquirer in a recent virtual interview for “Mitch and Mel Online,” which she will coheadline with the seasoned musical director Mel Villena.

“If you’re not an A-lister, it really is going to be tough, because the money you earn online is dependent on views,” added Mel, who also leads the 20-piece Asosasyon ng Musikong Pilipino (AMP) Band.

Set on Oct. 24 at 7 p.m via Zoom, “Mitch and Mel Online” is a 30-minute show that seamlessly interweaves music and comedy—Mitch-style. Accompanying her on the keyboards is longtime collaborator Mel, who reworked Mitch’s repertoire to better fit the parameters of the online medium.

The first episode, titled “Ohayo,” will have Mitch talking about life growing up in Japan and the culture shock she experienced when she moved to the Philippines.

Each ticket (P600 advance purchase; P750 on the day itself)—available at TicketWorld (8891-9999)—corresponds to a Zoom link. The show can also be watched by fans overseas. Visit Facebook.com/ValdesandVillena for more information regarding time zone differences.

“We’re hoping this experiment works, because it will give us the incentive to mount something similar for other music artists,” said Mitch, who jokingly described holding a show in a pandemic “death-defying.” “I hope this helps present new opportunities or possibilities for performers to earn money.”

What do you think will be the biggest challenge?

Mitch: It’s hard to make people laugh without seeing people’s immediate reactions. But at least Mel is there to banter with!

I’m assuming the technological aspect was something you also have to get used to.

Mitch: Aside from the stresses of putting up the show, I also have to learn using these apps. I only really started doing this about two months ago. Luckily, I have two millennial nephews who help me.

Mel: The challenge for me is making sure that there will be no glitches and that everything’s in sync. I want to make sure that the music numbers have very minimal editing or preproduction work.

What about the songs?

Mitch: I will be doing songs from my generation that are still familiar to the younger ones. What I have noticed from doing tours abroad is that our songs can be appreciated by the younger generation.

As a musical director, do you feel frustrated about the possibility of your work not fully translating online, since people will be listening using earphones or laptop speakers?

Mel: If I remain in that thought process, it will really frustrate me immensely, so I have to get out of that and think that there are other ways to do things. It’s teaching me to get out of the box and interpret music differently; that you can do it this way or that way and still sound good.

Mel: The challenge is working around the idea that less is more; I have to think more in those terms right now.

This will probably go down as one of your most memorable shows.

Mitch: I’m used to singing with AMP Band, with the brass section and horns. And all of a sudden, I don’t have that. Although I love Mel, having only him, on the keyboards, changes the dynamic. But I will commit to this new format.

You have known each other since the late 1970s and were part of the iconic ‘80s variety show “Champoy,” what makes you two effective?

Mitch: Mel has the capacity to get into my head. He can convince me to tackle newer songs I’m opposed to, because he can really make the theme sound good and fit my style. Our relationship when it comes to music is almost osmotic.

He also became a stricter perfectionist than I am when it comes to preparing for shows.

How big of an impact did the pandemic have on your careers?

Mel: We rely on gigs so we have to be creative and find other ways to earn.

Mounting paid shows on the internet is difficult because a lot of people are used to consuming content for free.

Mitch: These musicians, too, lost theirs (income), and they can’t continue playing for free. We have to charge eventually.

That’s why we want to open this kind of platform for other performers.

It’s also about educating the audience that playing music is actually work.