No worries for Jennylyn and Dennis in intimate scenes despite pandemic 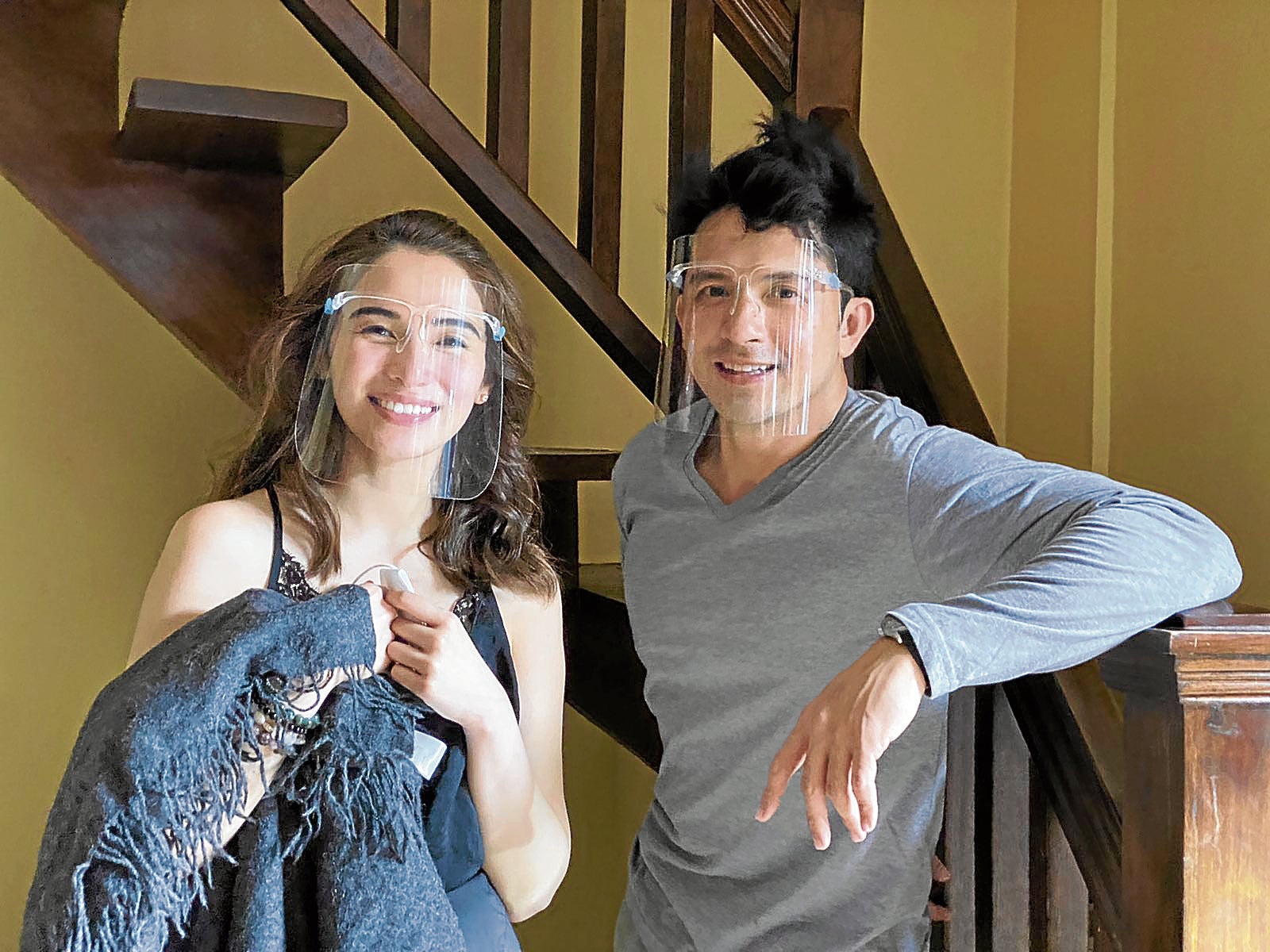 Under new normal protocols for production shoots, intimate or close-proximity scenes that are intimate are discouraged. And while shooting for such scenes can still proceed, safety conditions should be met and “expli­cit consent” should be secured from the actors, who have the right to opt out.

Such limitations can prove to be tricky, especially for television dramas or movies with romantic themes.

Luckily, the team behind “Truly. Madly. Deadly.”—the fourth and final installment of the weekly GMA 7 drama anthology, “I Can See You”—didn’t have to deal with this issue too much, because its lead stars, Jennylyn Mercado and Dennis Trillo, are a real-life couple.

“We’re fortunate because there were some scenes that would have needed consent. I believe it was good for the production, because they didn’t have to fake the scenes or come up with workarounds. So, the scenes look better and are more engaging,” Dennis told the Inquirer in a recent virtual conference.

“While we say that doing [kissing scenes] is just work, you can’t help but feel a little awkward, especially when you’re doing it with someone you haven’t worked with before,” Jennylyn added. “But there’s none of that with Dennis; we’re comfortable with each other. There’s no need to ask, ‘OK ka lang ba?,’ after takes.”

In “Truly,” which airs weeknights starting tomorrow up to Oct. 23, Jennylyn plays Coleen, a woman who, after getting ridiculed online for figuring in a scandal with a married man, moves out of the city to rebuild her life as a worker in a remote resort. There, she meets a mysterious IT guy named Drew (Dennis).

But just when things seem to be going well for Coleen, her best friend-turned-enemy, Abby (Rhian Ramos), shows up at the resort, triggering the former’s past memories.

After a seven-month hiatus from acting and mostly staying at home, Jennylyn and Dennis admitted that they had a tough time flipping the switch to actor mode, especially in their first few days at work. 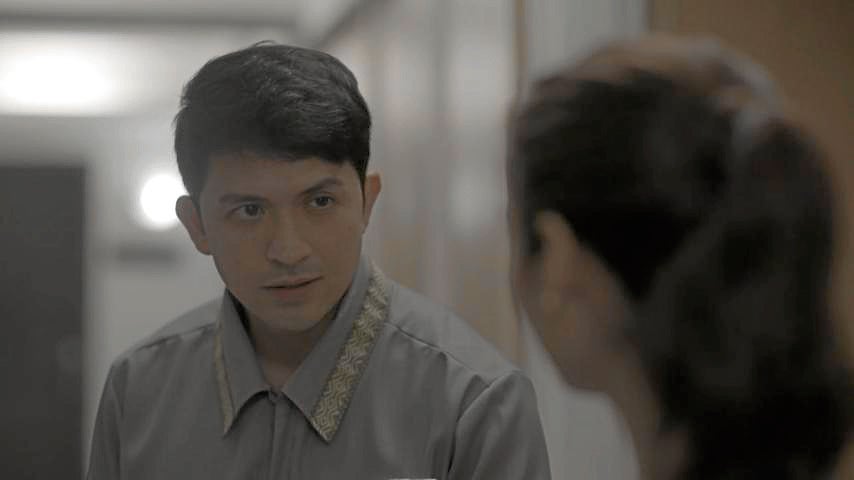 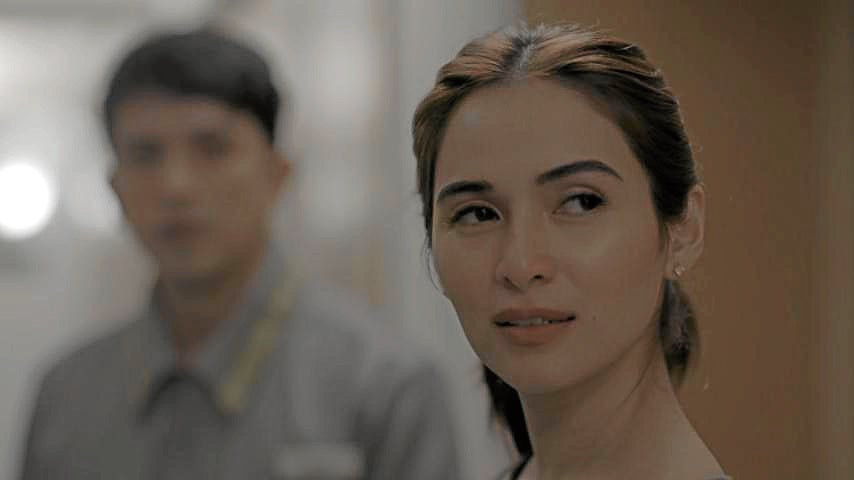 Trillo (left) and Mercado in scenes (top and above) from “Truly. Madly. Deadly.”

“Honestly, it was hard to get back,” related Jennylyn, who first returned to work last month to finish shooting “Descendants of the Sun.” “I was like, ‘How am I supposed to do this? I feel like I don’t know how to act anymore! I think I might have lost touch with my character—I have to rewatch the past episodes. A lot of things were going through my mind.”

If he were a fighter, Dennis said he had surely gotten “ring rust.” “It’s like a fighter who hasn’t entered the cage or ring for a long time. And actors are similar in a way,” he pointed out. “So, it’s important to refresh your brain, maybe watch films. You have to prepare yourself when you know you’re about to do a project, so you don’t end up feeling your way around the set.”

The two Kapuso stars, who were last seen together in the 2015 soap “My Faithful Husband,” said their working dynamic has never been better. “We no longer argue on the set like before,” Jennylyn rela­ted, laughing. “It’s always nice working with him because he’s such a good actor.”

Their smoother rapport is a reflection of how much the couple’s relationship has developed over the years. “We have been together for a long time, so we’re more solid,” Dennis said, adding that spending more time together at home during quarantine has had a positive effect.

Every day is a learning opportunity, they agreed.

“All the adjustments we did … the good, positive habits we picked up, we got to bring to set. Even if we’re tired, we still manage to do our scenes well,” Dennis said.

He also feels that the challenges posed by the COVID-19 pandemic have only made his bond with Jennylyn even stronger. “I feel like if you can go through something like this and still end up being happy together, then you can overcome anything,” the 39-year-old actor said.

Meanwhile, Jennylyn’s biggest realization is that one need not look too far to find the things that matter most. “What we’re all experiencing is not easy … You see the real importance of people around you—your fa­mily, friends and loved ones. The material things, not so much. As long as you’re healthy and happy … that’s what matters.”