IGA safety protocol for filming in the ‘new normal’ explained

Actors are discouraged to do kissing scenes or sequences that require them to be in close contact with each other. There will be no more sharing of makeup and wardrobe, too.

Directors are advised against shooting crowd scenes and working in public areas. All production companies are recommended to impose a 12-hour maximum work limit to ensure that everyone gets enough rest.

These are among the directives contained in a 38-page health and safety protocol drafted by the Inter-Guild Alliance (IGA) that was released to show biz media on May 19.

The IGA is a community-based network of various groups representing different sectors in the film, television and advertising industries in the Philippines that have come together in the wake of the pandemic to evaluate and improve existing work practices.

“It aims to reevaluate and reconfigure the way we prep, shoot and edit our projects, in close consultation with health experts, and establish a new set of protocols designed to minimize risk and infection during the production process,” the IGA said in a statement. “These protocols are recommended to … [be implemented] in the interim period that COVID-19 remains a threat.”

According to Patti Lapus, IGA spokesperson, the document has very specific guidelines when it comes to protecting actors. “For one, we are suggesting for every production to provide, per actor, one basket that will contain all of his or her necessities, especially wardrobe. The actor is also encouraged to bring his own clothes for the shoot,” explained Lapus. 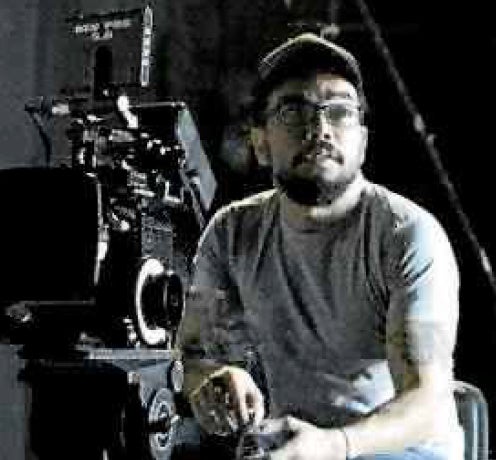 Indie filmmaker Paolo Villaluna, who is also president of the Directors’ Guild of the Philippines, said several actors were also consulted while the protocol was being drafted. “While we also discourage intimate scenes, this doesn’t mean filmmakers can’t be creative. What if production decides to hire a real-life couple who would be willing to kiss on cam? That’s still possible,” he pointed out.

Villaluna also said that contained in the document is a clause that states that actors can refuse doing any scene that requires close-proximity contact “if they’re not comfortable with it.”According to Mara Marasigan, actors will also be made to fill up a health declaration form that will contain, among other things, their “shooting history,” meaning film or TV projects they have done in the past.

“In this way, we will make sure that, since it’s a close-contact set, we are able to contact-trace everyone in a particular group, just in case somebody gets sick,” said Marasigan, who is also representing the assembly of assistant directors and script supervisors.

“We’ve also developed a pod system,” Marasigan added. “This is something we adopted from other protocol documents we’ve reviewed. Different pods will contain different people, depending on their department. While we have an active set, we also have areas for the production design, sound and video village and the base camp. This is to make sure that interaction between personnel on set will be limited.”

According to Jed Dumaguina of Sound Speed Philippines, his guild has agreed to “come up with specific measures, like provide beforehand a ‘table’ that would contain everything an actor would need for a particular scene. We’re always the closest to the actors, anyway. We have the most amount of contact with them, both on-set and off-set.”

Working from home is encouraged for postproduction personnel, according to Benjamin Tolentino, who represents the guild of Filipino Film Editors. “If it’s really necessary to go to the posthouse, our suites and rooms will be sanitized before and after each session,” he pointed out. “But most importantly, we’ve consulted post professionals about creating a calendar that’s realistic for all involved. ‘Di na pwede ang nagmamadali ngayon.”

Macky Galvez, who represents the Lupon ng Pilipinong Sinematograpo, said they were already thinking of long-term plans. “We feel that now is the time to train people, to up our skill level,” he declared.

The IGA has tied up with the Philippine Motion Picture Producers Association (PMPPA) in organizing a Zoom press conference on May 19.

“We consulted the PMPPA because right now, without the vaccine, resuming work is going to be a big production risk. If anyone gets sick, the producers would have to pause production, reassess if they will push through or not, and do a contact trace,” Lapus pointed out. “If anyone gets infected, you have to replace staff, and that’s additional work also for the production.”

She added: “We feel that it’s still not safe to shoot, but if there are productions that want to take that risk, then these are

the guidelines that we recommend.”