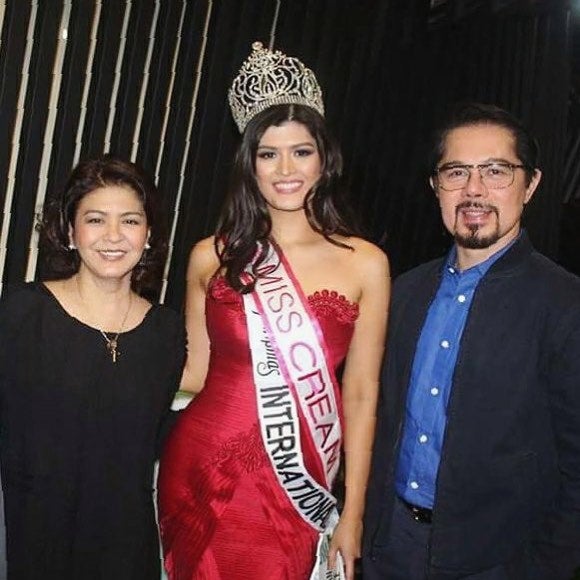 Mariel de Leon took to social media to defend her father, Christopher de Leon, from allegations claiming that the veteran actor was one of the prominent personalities who received preferential treatment in taking a coronavirus test.

“My dad works a lot—events, tapings, shoots—so he’s exposed to many people. Before he got tested, he was sick, so he decided to quarantine himself in the house. After it (symptom) persisted, he decided to take the test. Like everyone else there, he had to wait hours in line because they ran out of test [kits],” she wrote in a series of posts on Twitter.

The former beauty queen’s clarification came in light of the recent public outcry over government officials and VIPs—many of whom asymptomatic—getting access to the limited test kits, while hundreds of symptomatic patients and front-liners were left to wait.

Last week, Christopher, 63, confirmed in a statement that he had tested positive for COVID-19, despite not having any recent travel history or known contact with anyone who has the virus. He remains in self-quarantine at home together with his wife, Sandy Sandolong, their daughter Mica, and their househelp.

He likewise urged everyone who has had contact with him in the past two weeks to monitor themselves and observe for potential symptoms. “ln this time of trial, we ask for your prayers,” he said.

“He was more worried about my mom (Sandy Andolong). She’s a kidney transplant patient. She’s not healthy; definitely immunocompromised,” Mariel pointed out. “They also live with their elders, including my lola.”

Asked by Inquirer Entertainment on Monday about the health condition of Christopher, his lead actor in the ABS-CBN drama series “Love Thy Woman,” director Andoy Ranay said: “He is better as of yesterday.”

“We found out that Bro. Bo (Christopher’s nickname) got infected during a party he attended on March 10,” said Andoy. “March 9 was my last taping day with him, and I never saw him again after that.”

Andoy also said that on March 18, the day after Christopher announced that he got infected, the actors and staff members of “Love Thy Woman,” along with their ABS-CBN bosses, attended a video-conference call with former Health Undersecretary Susan Mercado.

“Yes, I’m in quarantine now with my family, and am taking care of myself,” Andoy declared.

Prior to this interview, actress Kim Chiu, who plays Christopher’s daughter in the series, posted on her Instagram account that the Kapamilya network has been checking on the series’ entire production team, especially those who have worked closely with Christopher.

She also said that Dr. Mercado has assured them that none of them has the symptoms, “but we must check ourselves from time to time.” She then thanked the doctor “for taking away our fear.”

“We continue to pray for each other and for the entire nation. Self-quarantine is the key, as well as boosting your immune system. We cannot easily get test kits since the Philippines only has a limited supply,” Kim told her followers. “This, too, shall pass … We will come back stronger than ever.

Meanwhile, Mariel, the 2017 Miss International contestant who’s also a model and singer, urged her followers to spread the word on how people can donate or help our front-liners and others who are in need.

“In my line of work, it’s important for me to update my social media. But I have been quite iffy about it lately, because of what’s happening around the world. So, I feel like if you’re going to post a selfie … at least tell people where they can donate to help front-liners and low- to no-income families,” she wrote on her Instagram page.

“Every time I read the news, it gets more depressing each day. I’m blessed and grateful for what I have, and I never take that for granted,” Mariel said.