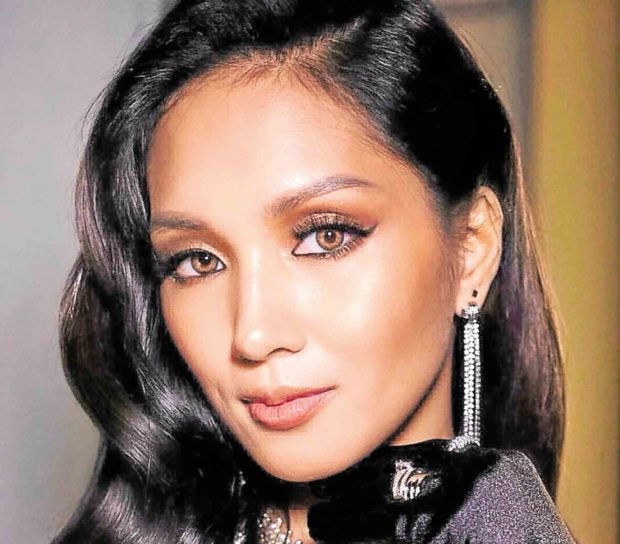 “I will give my all to honor my dad,” declared actress Roxanne Barcelo, who said she is slowly picking up the pieces after her father passed away in July.

The actress, however, would still cry whenever she was asked to talk about him, just like when she spoke with reporters during the press conference of her latest film project, GB Sampedro’s “Love is Love.”

“Ghosting: The Spirit of Christmas,” Roxanne said she jumped right back to work after her father’s death. “I don’t care what people think when they ask, ‘Bakit ’di siya nagpahinga?’ I just don’t have the privilege to take three months off work and go to Bali to study yoga,” she pointed out. “My goal in life now is to plow through it with the strength and love that I’ve been given. I consider work as a blessing. Each role is a gift from God.”

Roxanne’s family had needed a large amount of money for her dad, who underwent three operations before he died. Friends of her younger brother, Tim, even initiated a crowd-funding campaign for them.

“This has been the toughest year of my life. Work almost became a form of therapy for me. I’m also amazed with all the offers I’m getting,” she said.

Roxanne already went to work for Jun Robles Lana’s “The Panti Sisters” on the third day of her dad’s wake. She also filmed “Love is Love” immediately after that. “I hadn’t had enough sleep for a whole month, but I was OK,” she declared.

“I told Direk GB that I will give my all to this project (‘Love is Love’). All the pain and loss I’m feeling, I will divert into the most creative way possible. I am blessed and have no right to complain, so I will work hard. I will not allow this hardship to shake me, but I will allow it to turn me into the best person I can possibly be.”

It also helped that she enjoyed being on the set of “Love is Love,” she explained.

“It’s such an honor to be a part of this and witness world-class acting, especially from Raymond (Bagatsing, one of her costars),” she said. “I’ve witnessed how he embraces and tackles a role. He’s unbelievable! Our call time is at 6 p.m. but he arrives, already in character, at 5 p.m. You won’t get to talk to him as Raymond anymore. As an actor, I learned a lot from him. It’s such a wonderful experience for me to be around excellent people.”

“Normally, when you take on a role, you are given only a short period of time to prepare for it. But in this case, I had many years of experience digging and discovering about them (transgender women) without knowing that I would one day play one,” Roxanne said. “I would ask questions because I was simply curious and I really wanted to understand them. I can say that I’ve been prepped since I was 13.”

As to the question of whether or not she thought she could fall for someone of the same sex, Roxanne replied: “These days, we already have several terms that will help us understand how we associate what we see to how we feel.

“For me, that would be the term ‘demisexual.’ It is feeling attached to a person because of emotions, and it has nothing to do with gender. If ever that happens to me, it would have to be a demisexual situation.”

Produced by RKB Productions, the movie opens on Dec. 4.