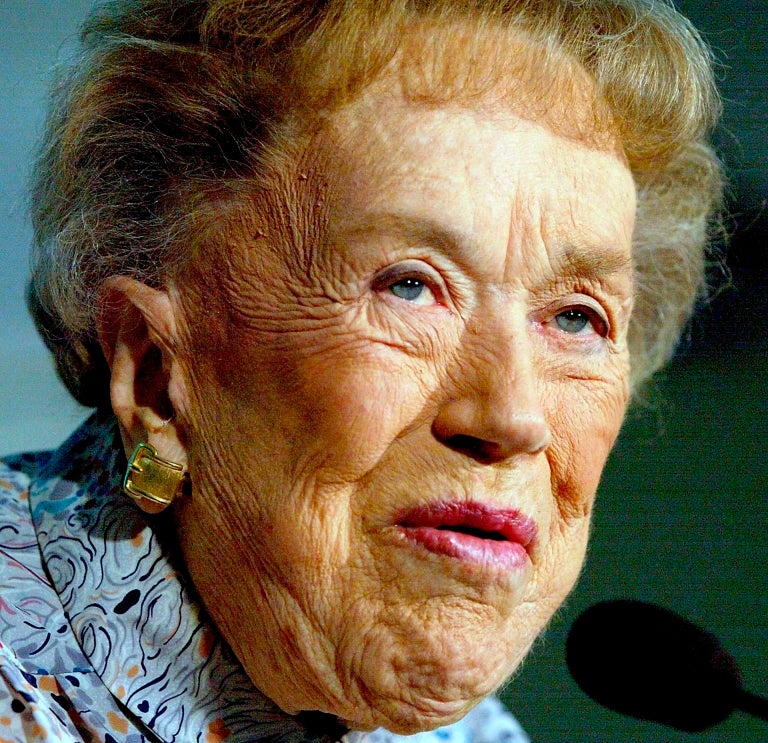 Julia Child speaks at the National Museum of American History during the opening of a special museum exhibit marking her 90th birthday, Aug. 19, 2002. Image: AFP/Tim Sloan via AFP Relaxnews

The American chef who popularized French cuisine in the 1960s and 1970s, Julia Child, is to be the subject of a new documentary feature from the directors behind 2018 award-winner “RBG”, according to Variety.

The movie told the story of a food blogger, Julie Powell, who decided to cook her way through Julia Child’s seminal 524-recipe “Mastering the Art of French Cooking” in a year.

Now, having profiled Supreme Court Justice Ruth Bader Ginsburg and scooped an Emmy win and an Oscar nomination of their own in the process, Betsy West and Julie Cohen are turning their documentary attentions to the culinary giant.

As well as a chef and an author, Child became a distinctive television personality, hosting ten seasons’ worth of groundbreaking cooking show “The French Chef”.

Thanks to her public profile, West and Cohen will be able to use on-camera footage, as well as interviews with colleagues, friends, and the chefs she inspired, per the announcement.

Food will also have a headline role, with Cohen advising that people should not go to the theater hungry.

“We’re going to have food cinematography that’s quite different than anything you’ve ever seen,” she teased.

West and Cohen have partnered up with “RBG” producer CNN Films, and the documentary division of the Brian Grazer and Ron Howard production company, Imagine Entertainment (“Rush”, “A Beautiful Mind” and the “Da Vinci Code” movies).

Filming is to be completed in 2020 ahead of eventual release.

It is a second Julia Child project in development, with HBO understood to be developing a series with Joan Cusack of “Toy Story 4”, “Shameless” and “In & Out” to play the famous chef. JB