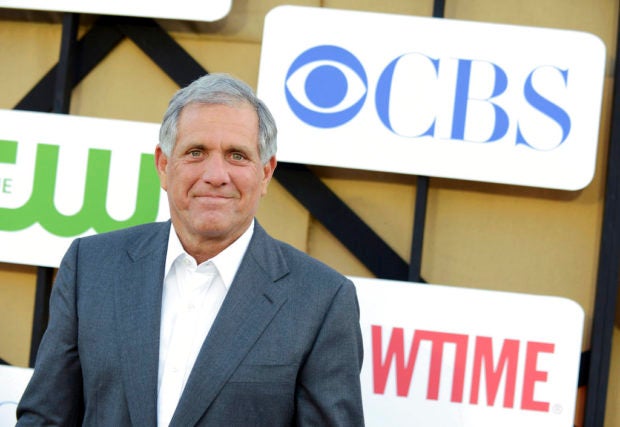 FILE – In this July 29, 2013, file photo, Les Moonves arrives at the CBS, CW and Showtime TCA party at The Beverly Hilton in Beverly Hills, Calif. CBS says it has been subpoenaed by a New York City prosecutor for information related to sexual misconduct allegations against its former chairman, Moonves. CBS said in regulatory filing with the Securities and Exchange Commission on Friday, Sept. 28, 2018, that it received subpoenas from the Manhattan District Attorney and New York City’s Commission on Human Rights. Image: Jordan Strauss/Invision/AP, File

NEW YORK — CBS said Friday that a New York City prosecutor has subpoenaed the company for information related to sexual misconduct allegations that led to the ouster of longtime chief Les Moonves.

The company said in a regulatory filing with the Securities and Exchange Commission that it received subpoenas from the Manhattan District Attorney and New York City’s Commission on Human Rights and that it is cooperating.
The state attorney general’s office has also requested information, the filing said.

Moonves resigned as chairman of CBS on Sept. 9, hours after The New Yorker published a story detailing a second round of ugly accusations against him.

In total, a dozen women have alleged mistreatment, including forced oral sex, groping and retaliation if they resisted him.

Moonves has denied the allegations, though he said he had consensual relations with some of the women.
Outside lawyers hired by CBS continue to investigate allegations against Moonves and Jeff Fager, the former top executive at “60 Minutes.”

Fager was fired after he texted a CBS News reporter to “be careful” when she questioned him about reports that he tolerated an abusive environment at the newsmagazine.

The lawyers’ investigation is also looking into “cultural issues at all levels of CBS,” the filing said.

In a regulatory filing earlier this month, CBS said it would pay Moonves a $120 million (almost P6.5 billion) severance if that investigation fails to find any evidence of sexual misconduct. MKH

A CBS network shaped by Moonves is challenged without him