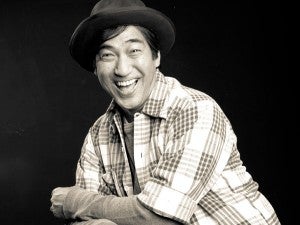 LOS ANGELES—Jet Montelibano—formerly of the popular 1980s Filipino band Music & Magic—who has been enjoying a successful career as a concert director and producer in the United States, is back to an early passion, acting.

He appears in a new production of “The Romance of Magno Rubio,” Lonnie Carter’s acclaimed play about Filipino migrant workers in America in the 1930s, at the John Anson Ford Theatre in Hollywood.

For the first time, the play will alternately be presented in two forms—Lonnie’s original, mostly English version, and a new Filipino translation written by Bernardo Bernardo, who directs both productions.

Jet, cast in the Filipino version, relishes the experience of acting onstage again. He was in theatrical productions in LA in the early 1990s, and in “The Fantasticks” and “Fiddler on the Roof” in Manila.

The multitalented performer is thrilled to be in “Magno Rubio” which has the honor of opening the “[Inside] the Ford” season. The Filipino production premieres Nov. 5 (details are available on www.fordtheatres.org).

Based in LA for many years now, Jet is married to Edith Gomez. They have two sons, Niko and Cody. Below are excerpts of our interview:

As an immigrant yourself, how do “Magno Rubio’s” themes of immigrant hopes and dreams resonate with you?

Leaving a successful career in the Philippines and coming to America was one of the biggest decisions I ever made … I dropped everything back home to pursue a new life, a new

beginning, anything that this “Land of Promise” could give.

In what ways do you identify with your character, Atoy?

We are both happy-go-lucky guys. We enjoy life and love to have fun with everything and everyone around us. We love our work, and we love to spend the money we earn, although at times we feel the bitterness when we see injustice and inequality. We are both protective of friends and respectful of elders. We both realize that sometimes we don’t really know where life is taking us.

How tough was it to start over?

My mind was ready for the challenges, but my heart couldn’t ignore the thriving career and booming business I was leaving behind, not to mention friends and family that I wouldn’t be seeing for a long time. I left some of our personal stuff, thinking there would be something to go back to if things didn’t work out.

At first, I wanted to try out as an actor. I answered ads and notices and went to auditions. The farthest I got was being a bit player in a detective movie I had no idea about and by whom. Recommendations came for training and getting an agent. Where and how, I didn’t know. So I shifted my sights to work inside the industry. 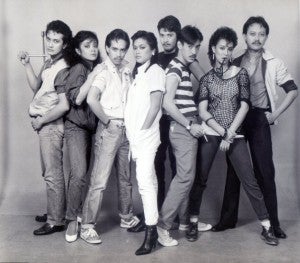 I went to a job fair at Universal Studios, hoping to get employment as an intern in a movie or TV production. I was willing to do that just to get into training and gain experience. Nothing came of it.

How did you overcome these challenges?

I started thinking of a part-time job, and took extension courses in computer applications. Then I started answering some ads. Somehow I was hired and got trained to do billing for a medical supply company. Soon after, I was billing for pharmacies … I was able to set up a home office … This led me to work for a Home Health Care agency for more than 11 years.

Occasionally, entertainers from Manila  would be in town for shows in LA and needed help in production. Others asked us to help coordinate their productions. It got more frequent, and we decided to put up an entertainment production company (Creative Concepts International).

What do you miss most about your Music & Magic days?

I miss going on tour. I mean the group without Kuh Ledesma. She was with the group only in its first year. The group decided to go on after she went solo. We would get contracts to perform in Singapore and Malaysia for three to four months on end. We were like family, staying in one apartment… And then there were the performances. We performed back-to-back shows with The Stylistics and Andy Gibb …

What are some of your funniest memories of those days?

We were singing Chicago’s “Does Anybody Really Know What Time It Is” and Angeli (Pangilinan) comes in dancing, clapping offbeat during the transition. Also, when I started doing

impersonations of lady performers in full make-up and costumes.

We had our first major show (without Kuh) and while doing the cancan choreography in the ending of “Cabaret,” Angeli (again) kicked off her shoe up in the air. It landed on her.

Once, in Cebu, we did a big rock intro—smoke effects on stage—who else but Angeli would come sliding in through the smoke? She fell on her behind, and Eva and Fe also slipped and fell. The audience applauded, thinking it was part of the choreography …

What are the lessons from those days?

I wish we knew how to separate ourselves as a live group and as a recording artist. Music & Magic released only one album, which contained songs that we performed in shows. I wish we had gone commercial and record a really masa song that we could sing to this day and say, “That is Music & Magic.”

How tough was it to end the band?

We had just finished a three-month stint in Kuala Lumpur. Some of the vocalists wanted to go back to school, while the musicians wanted to do session work. Fe had a solo career waiting as a singer-comedienne. I really wanted to be a director. I remember saying, “We could split now while the group is still popular.” Then we would have a reunion show and the fans would still remember us. The first one was in 1996, 10 years after we split up.

When is the next one happening?

There are talks for another one in 2012. I am putting together a concept that we can all agree about.

What are the highlights of your other career as concert director/producer?

In April 1984, I directed the concert “Gary V” at the Araneta Coliseum. That started my professional career as a concert director … In the beginning, directing concerts in the US was a challenge, especially when I worked in union house venues like the Shrine Auditorium in LA or the Cow Palace in San Francisco. They have strict rules and policies.

What are your hopes for your son Niko as he seems to be pursuing a career as a performer, too?

Niko is very lucky to be performing in the shows he’s been in lately. It seems that each performance opens doors to the next one… “Oklahoma,” “Chicago” and now, “The Wizard of Oz.”  He is currently in the Holiday Parade in Disneyland. We see how Niko and even Cody, our 10-year-old, enjoy performing in these theater productions. We encourage them.

In the case of Cody, we would be in the mall having lunch or dinner, and people would just ask us if we could bring him to auditions or screen tests, etc. His teachers in school say he has that certain “presence” or aura, for lack of a better term. They would ask if he has any stage or film experience. For the past three years, he has been attending summer workshops in a community theater school and he is enjoying it immensely.

My only hope is that Niko pursues other opportunities in the theater world. He is majoring in Drama and Stage Management in his senior year at UC Irvine.

How does Niko remind you of your start in entertainment?

It surprises me sometimes to think that Niko is drawn to the world of entertainment like I was. The only difference is that I would inject theatrics into my performances, while Niko is deep into theater performances itself. So, mine was small time compared to where he is right now.

I remember when Music & Magic performed to packed crowds in this lounge … The country’s Comedy King would quietly sneak in with his guests to his favorite table in a corner of the room. A top talk show host-actor would watch from the lobby, as the crowd usually overflowed. We were frequently called to perform in Malacañang Palace. It felt like being on top of the world.

Your marriage to Edith is one of the enduring ones in show biz. How do you keep it strong? 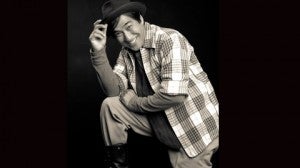 Communication keeps us together. Over lunch or dinner we always talk about entertainment, show biz, the kids, thing’s we’d like to do, retirement and where we would live. And then we have Friday dates—we always try to make this day special.

What are your hopes and dreams at this stage in your life?

I really want “Magno Rubio” to be a success. I wish all Filipino-Americans would get to know about our heritage. I want people to realize that, together with Europeans and other Asians, the Filipinos were among the first wave of immigrants who came to the United States in the early 20th century, and we should have a place in American history.

(E-mail the columnist: [email protected] Follow him at http://twitter.com/nepalesruben.)