How Robert Alejandro is using his diet to boost his healing 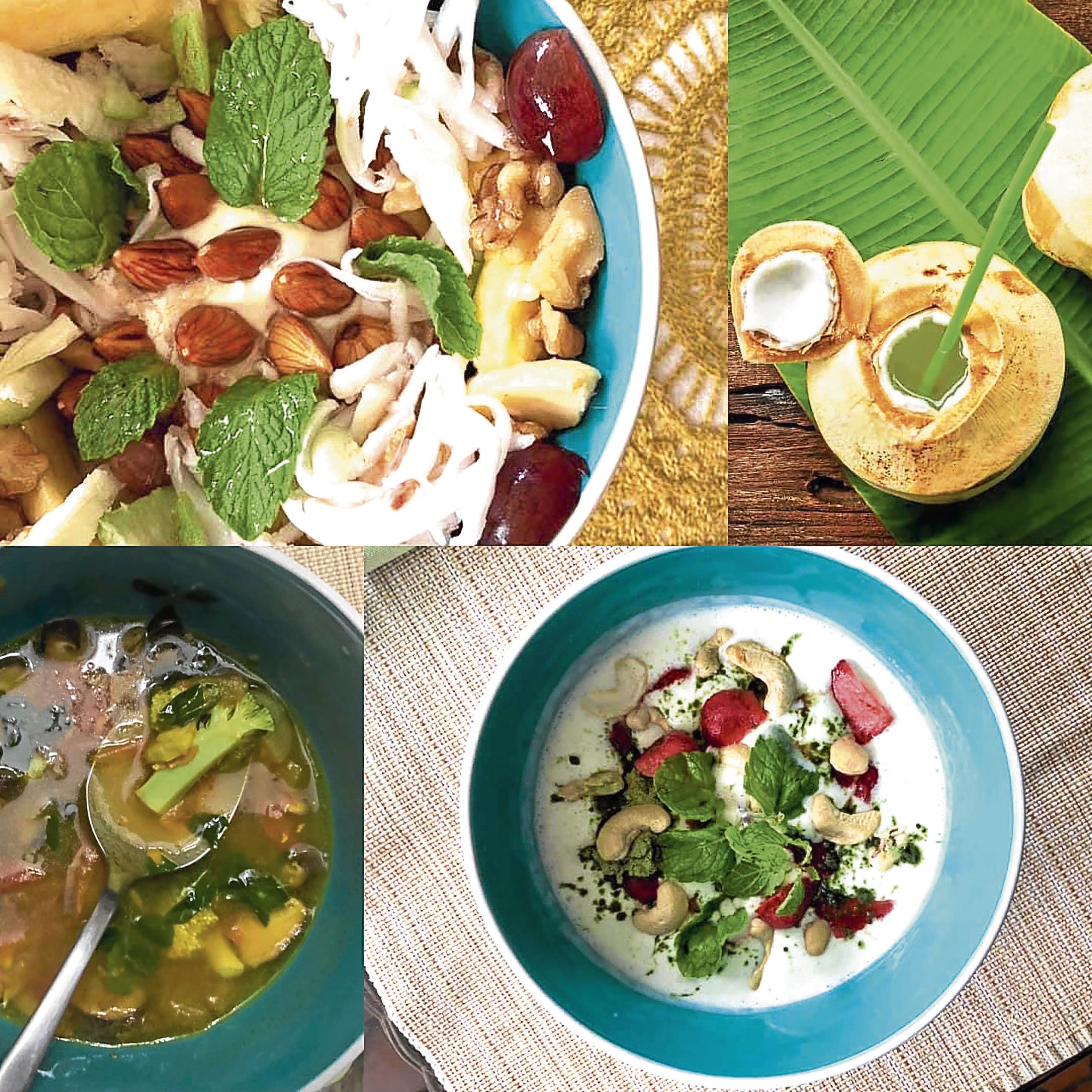 Kuya Robert’s Healing Journey shows us how we can heal through food. —GRABBED FROM FACEBOOK PAGE OF ROBERT ALEJANDRO

I can’t help but admire people who inspire amid their suffering—people who not only see a silver lining but paint the rest of their dark cloud with this silver that the cloud turns into a bright shining star.

I wrote about one such person a little over a decade ago in the Sunday Inquirer Magazine: Jetro Rafael. He was diagnosed with bipolar disorder but instead of wallowing in self-pity or becoming dependent on shrink-prescribed drugs, he turned to food to fix his mental health, designed recipes to boost the neurotransmitters in the brain and eventually came up with the restaurant Van Gogh is Bipolar, a must-visit along Maginhawa for its artistic, quirky ambiance but especially for its “happy food.”

He turned what would simply be frustrations into an attraction and soon his story was picked up even by the international press, with features in BBC and Wall Street Journal, among other major media outlets.

Another inspiring person is Robert Alejandro.

You might know Robert as the artist behind the arts and crafts inspirational brand Papemelroti. Or you might recognize him from The Probe Team and Art is Kool. If you’re an art collector or enthusiast, you might be familiar with his illustrations and books.

In quarantine, he even made the 2020 Art in the Park come alive virtually through his live portrait sessions online.

He was quite the quarantine star with his live online art lessons and later his series of portraits of quirky personalities from international celebrities to local fashion icons such as the late great Gilda Cordero Fernando, Myrza Sison and Pia “Garovs” Garovillo-Vergara.

Then in December, people started flooding his wall with get-well-soon messages. It turns out he was hospitalized in early December for an episode relating to his colon cancer, diagnosed way back in 2016.

He had not only survived but thrived even without chemotherapy after diagnosis but come Christmas season, he suddenly experienced pain that was, in his words, “without exaggeration … like there was a football in his rectum” that he had no choice but to check into the hospital.

On his birthday, four days before Christmas, he described himself as “in extreme pain” and with “no will to live.”

The following day, he started on the Budwig Protocol, a nonmedical anticancer treatment developed by the German biochemist Dr. Johanna Budwig in the 1950s simply using diet. The protocol requires a menu of vegetables, fruits and juices plus multiple daily servings of flaxseed oil and cottage cheese. It absolutely prohibits processed foods, meats, sugar and most dairy products.

Robert shares that the day after going on Budwig, he was pain-free and went home. A colostomy bag has also helped and has likewise become protocol but Robert attributes his miraculous healing to faith and food.

He shares his daily diet on his new blog on Facebook: Kuya Robert’s Healing Journey.

Here are some of the items now part of his daily diet that might be able to help you as well, whether it is for healing or to simply switch to a healthier lifestyle:

Kuya Robert’s Homemade Food for the Gods. A mix of dried figs, almonds, cashew, dates, walnuts, goji berries, flaxseed oil, Himalayan pink salt and sweet potato (kamote) as base. Note that there is no sweetener in this mix.

A bowl of cultured cottage cheese. Enjoy this with fruits or with goji berries, activated raw almonds and fresh mints with raw honey.

He also advocates the benefits of fresh coconut juice, sipped straight from the shell, twice a day.

He cannot stress enough the benefits of moringa (malunggay), which is a great source of Vitamin C and potassium, as well as calcium, protein, iron and amino acids. It is also packed with antioxidants that can protect cells from damage and may boost your immune system.

And he has shared his recipe for baking soda as an ingredient for relieving heartburn and acid indigestion: simply mix 1/8 teaspoon with a glass of warm water. (Though he adds you can also dilute the baking soda with half a cup of hot boiling water first then just add half a cup of room temperature water after. Other sites online recommend 1/2 teaspoon dissolved in a 4-ounce glass of water.)

He also has a detox hack: use salt and ginger as an antioxidant but on your feet, not on your plate. Boil water with grated ginger, add Epsom salt (2 cups of Epsom for every gallon of water). Soak your feet for 15 to 25 minutes. Relax and enjoy the benefits of natural detoxification.

Finally, he advocates a positive mental attitude. There is no space for healing when you are filled with negativity.

Robert’s outlook is really the boost we need for a happy new year. Hopefully his story inspires you to eat healthier. May he continue to inspire us all, not only in art but in real life.