Over 60 government agencies and units at both national and local levels – including the Bureau of Internal Revenue (BIR), Social Security System (SSS), Home Development Mutual Fund or Pag-IBIG, Department of Trade and Industry (DTI), Securities and Exchange Commission (SEC), Land Transportation Office (LTO), Bureau of Customs (BoC), and the Department of Foreign Affairs (DFA) – have chosen PayMaya’s platform to provide citizens and businesses with a safer and better way to pay for taxes and fees. 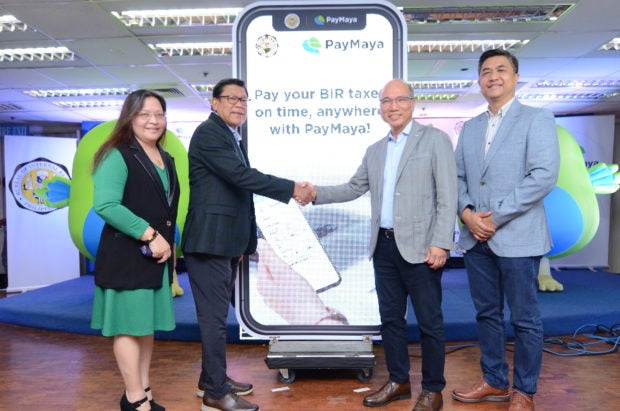 Government agencies were able to continue the delivery of safe and efficient public service in 2020 despite the COVID-19 pandemic with the help of PayMaya’s cashless platforms, allowing agencies in both the national and local levels to continue accepting payments for government services and disburse financial aid to their respective constituents through their e-Wallet accounts.

Prior to the quarantine imposed in March, PayMaya launched its partnership with the Bureau of Internal Revenue (BIR), one of the more than 60 agencies and LGUs now utilizing PayMaya’s cashless platforms for their services. Present during the launch were BIR Commissioner Caesar Dulay (2nd from left), PayMaya Founder and CEO Orlando Vea (2nd from right), BIR Deputy Commissioner Lanee David (leftmost) and PayMaya Head of Enterprise Mar Lazaro (rightmost).

As the public sector goes cashless, total volume in terms of value for government transactions processed by PayMaya was estimated to have increased by 1,200% in December 2020 compared to the same period in 2019.

With PayMaya enabling cashless acceptance for the government, Filipinos can enjoy a more inclusive way to pay via any credit, debit, prepaid card, or PayMaya QR — whether through physical locations or online. Aside from convenience, those who choose to pay via PayMaya’s platforms also get to enjoy more rewards such as cashback each time they pay for government transactions.

The government also has tapped PayMaya to deliver financial aid to millions of affected Filipinos who lack a bank account. To date, the digital financial services leader was able to distribute over P4.5 billion in assistance from the Department of Social Welfare and Development (DSWD), SSS, DTI, Department of Agriculture (DA), and Land Transportation Franchising and Regulatory Board (LTFRB), among other agencies, directly to the PayMaya accounts of beneficiaries.

Amid the constrained mobility, public services have become accessible even in far-flung communities, with PayMaya/Smart Padala’s largest on-ground network of more than 33,000 partner agent network touchpoints nationwide serving as last-mile digital financial hubs. With Smart Padala present in 92% of all cities and municipalities, unbanked and underserved Filipinos can pay for government fees and cash out their financial assistance within their own neighborhoods.

“The government has not only made public services more conveniently and safely available in this challenging time but it has also undeniably supercharged the engine for financial inclusion. At PayMaya, we are happy and proud to be one of the main partners of the government for this transformation,” said Orlando B. Vea, CEO and Founder at PayMaya.

With the COVID-19 pandemic affecting everyday life, the government has turned to digital payments to process revenue collections and distribute much-needed assistance safely and conveniently. This has been supported by landmark policies that have made cashless payments a necessary feature under the New Normal.

PayMaya has deployed its plug and play solutions such as PayMaya Checkout, One by PayMaya, and PayMaya QR to the government’s tax agencies such as the BIR and BoC; biggest state enterprises including the SSS and Pag-IBIG; and other revenue-generating agencies such as the Professional Regulation Commission (PRC), DTI, DFA, and Tourism Infrastructure and Enterprise Zone Authority (TIEZA), among other agencies. 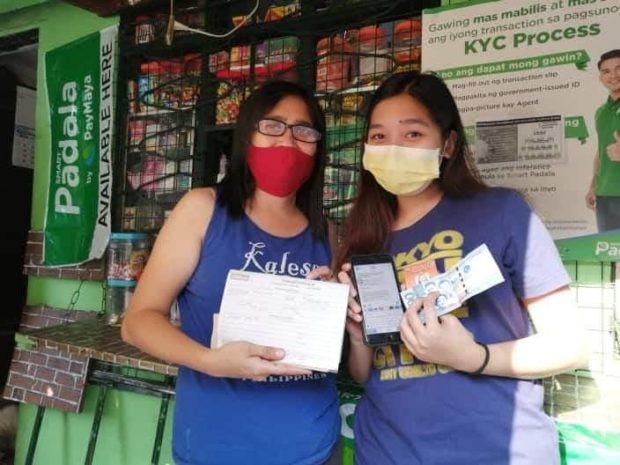 Millions of citizen beneficiaries from the various programs of Department of Social Welfare and Development (DSWD), Social Security System (SSS), Department of Trade and Industry (DTI), Department of Agriculture (DA), Land Transportation Franchising and Regulatory Board (LTFRB) as well as LGUs like Caloocan, Manila, Pasig, Mandaluyong, and Quezon City among others, were able to safely and conveniently receive financial aid straight to their PayMaya accounts. Meanwhile, Smart Padala by PayMaya’s more than 33,000 partner agent network served as encashment touchpoints where beneficiaries, including the student from Caloocan in the photo, were able to safely and easily encash their funds in their own neighborhood.

In July 2020, PayMaya launched the LGU Embracing and Accelerating Digitalization (L.E.A.D.) Program to help local governments do cashless payments and digital disbursements. With the L.E.A.D., LGUs can also support businesses in their communities to offer cashless payments and their citizens to transact through their digital financial accounts.

PayMaya has actively worked with the DTI, Department of Interior and Local Government (DILG), Bangko Sentral ng Pilipinas (BSP), the Anti-Red Tape Authority (ARTA), the Bureau of Treasury (BoT), the Philippine Statistics Authority (PSA), and SEC in promoting various cashless initiatives in line with Ease of Doing Business and the transparency thrust of the government.

Result of the latest e-Conomy SEA 2020 report by Google, Temasek, and Bain & Company revealed that the average number of cash transactions by consumers declined from 48% pre-COVID-19 to 37% post-COVID-19.

“Our country’s digital transformation is propelled by our government’s decisive cashless pivot amid the COVID-19 pandemic. Today, it is not a question of going cashless as consumers and businesses are already choosing digital as their default payment. As the country’s only end-to-end digital payments platform ecosystem enabler, PayMaya serves all – consumers, enterprises, and the government – in the most inclusive way possible,” said Vea.

Vea noted that the passage of important legislation such as the Use of Digital Payments Act and Better Normal in the Workplace, Public Spaces, and Communities would further mandate cashless payments as the preferred mode, complementing the existing Ease of Doing Business Act of 2018 and the E-Commerce Act of 2000.

“By equipping the government with end-to-end tools and supporting its digitalization policies, PayMaya is committed to contributing significantly towards driving electronic payments to 50% of the total transactions by 2023, as estimated by the Bangko Sentral ng Pilipinas,” Vea said.

“We are confident the Philippines can make this happen, with the government rolling out the National ID, which when linked to digital financial services could become a service platform for a more responsive digital government in 2021 and beyond.”

PayMaya is the only end-to-end digital payments ecosystem enabler in the Philippines with platforms and services that cut across consumers, merchants, communities, and government. Through its enterprise business, it is the largest digital payments processor for key industries in the country including “everyday” merchants such as the largest retail, food, gas, and eCommerce merchants as well as government agencies and units.

Through its app and wallet, PayMaya provides over 28 million Filipinos with access to financial services. Customers can conveniently pay, add money, cash out, or remit through its over 200,000 digital touchpoints nationwide. Its Smart Padala by PayMaya network of over 33,000 partner agent touchpoints nationwide serves as last-mile digital financial hubs in communities, providing the unbanked and underserved with access to digital services. To know more about PayMaya’s products and services, visit www.PayMaya.com or follow @PayMayaOfficial on Facebook, Twitter, and Instagram.